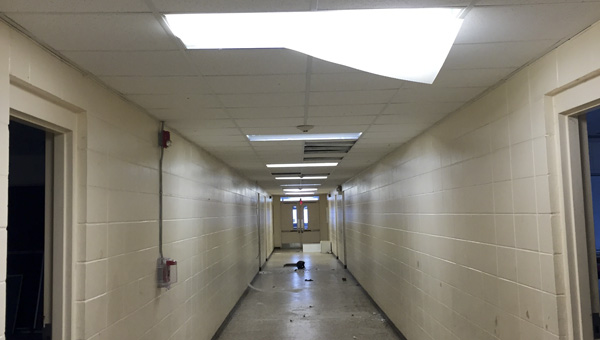 Light fixtures located in the hallways at JHS were shattered with bricks. (Contributed)

The Chilton County School System is offering a $500 reward for information regarding recent vandalism at Jemison High School.

Chilton County Board of Education Superintendent Tommy Glasscock said the system is offering $500 for information leading to the arrest and conviction of the person or persons responsible for vandalizing the “building located on the south end of the Jemison High School campus.”

Jemison High School Principal Diane Calloway said it is unclear the exact time the vandalism occurred, but it was sometime Friday afternoon or early Saturday morning. 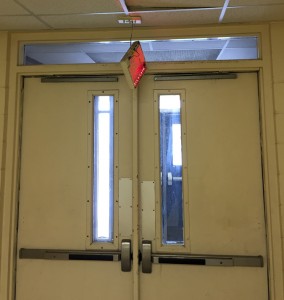 An exit sign located inside the school was pulled off the walls.

“I got a phone call on Saturday morning from someone saying they thought there was a problem at the school,” Calloway said. “I came and found the damage.”

Calloway said there was damage to exterior doors leading to the campus and two interior doors where glass was shattered.

About 10 or 11 fluorescent light fixtures in hallways at the school had been shattered with bricks and destroyed.

“The covers to the fixtures were also taken down,” Calloway said. “The brick used to demolish the light fixtures was still there.”

Calloway said exit signs were also pulled off the walls. 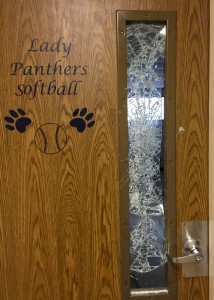 Glass on several doors inside the school was shattered.

“There was just extensive damage,” Calloway said. “Whoever did this also took some old books and tore out the pages of the books, ripped them up into small pieces and tossed the pieces all over the front of the school’s campus. There was also toilet paper thrown at the front.”

Calloway said it is unclear at this point how much the repairs to the school will cost, but maintenance crews are working to assess the damage and total cost of repair.

“We are just hoping that whoever did this is found,” Calloway said.

The Jemison Police Department is investigating the case and asking anyone with information to call (205) 688-4491 Ext. 314.