Anthony Richards has joined The Clanton Advertiser as a full-time staff writer.

Richards comes to the Advertiser from Jacksonville, Fla., where he is from originally. 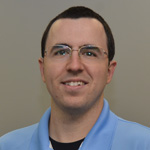 Richards, 25, is a graduate of Florida State College at Jacksonville and the University of North Florida, where he earned a bachelor of science degree in communication in December 2013.

Richards’ role at the Advertiser will focus on sports and general assignments.

“I am thrilled with the opportunity that The Clanton Advertiser has given me,” Richards said. “I look forward to relating with the people and adding to the culture.”

Richards began work at The Clanton Advertiser on Oct. 28 and has already covered Isabella’s volleyball state tournament appearance that day and Chilton County High School’s season-ending football win at Calera on Oct. 29, among other assignments.

“We’re excited to have Anthony on board,” Advertiser Managing Editor Stephen Dawkins said. “He brings a variety of experience covering sports at many levels. I’m confident that he will help us produce more robust sports coverage, and he’ll also help out in other areas.

“All of our print and digital products, and by extension the communities they serve, will benefit from Anthony being here.”

There are several Halloween events happening in Chilton County this weekend including Trick or Treat Streets sponsored by the Chilton... read more