A 45-year-old man, who robbed a Clanton business at gunpoint in 2014, pleaded guilty Thursday morning to robbery in the first degree. 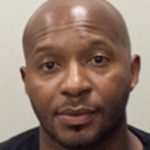 Bush filed an order accepting Barlow’s plea and set the sentencing date for Dec. 1 at 8 a.m. at the Chilton County Courthouse, according to court records.

His original plea date was scheduled for Sept. 24, but Bush filed an order Sept. 24 re-setting the plea hearing for Thursday.

Barlow was given the option to inform the court whether his case would go to trial or whether he would enter a guilty plea.

Barlow is charged with robbery in the first degree for robbing three different Check N Go businesses in Clanton, Auburn and Montgomery.

Barlow allegedly used a similar tactic in all three robberies, even wearing the same clothes in the Clanton robbery as he did in the Auburn robbery.

After the Clanton robbery, Clanton Police Department detectives followed leads and were able to develop the name of the suspect.

CPD Detective Sgt. Cameron Bates contacted Montgomery and Auburn detectives at the time and arranged a meeting in Montgomery to share information.

Arrest warrants were obtained, and a search warrant of Barlow’s residence was executed by the Montgomery Robbery/Homicide Bureau.

Evidence of the crimes was discovered inside Barlow’s residence in Montgomery County, authorities said at the time of Barlow’s arrest.

Barlow learned of his arrest warrant and later turned himself in to Montgomery Police at Jackson Hospital.

Barlow was later brought back to Clanton and placed in the Chilton County Jail on bonds totaling more than $250,000.

A February 2014 grand jury indicted Barlow for “committing a theft of lawful U.S. currency, the property of Check N Go,” according to court records.

Both Montgomery and Auburn police departments also secured robbery warrants on Barlow, who was on parole for robbery charges.

Also assisting in the case were the U.S. Marshals and the FBI.

Bush filed an order in July re-setting a plea hearing for Barlow due to him awaiting trial in Montgomery County.

According to court records, Barlow was sentenced to life in prison in September for the Montgomery portion of the case.

Tires being illegally dumped on county roads in Chilton County is a continuing problem county officials are hoping to address.... read more