RELIGION: Continuing to teach others 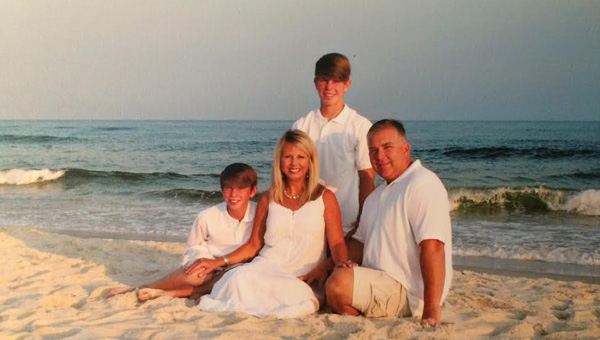 Wendy Bryan is a teacher. Not only is she a teacher in the traditional sense of the word, having taught as an elementary school teacher at Thorsby High School for many years, but she is also a teacher of hope, love, endurance, perseverance, resolve and of deep-seated faith amidst great personal struggle.

Throughout her long battle with breast cancer, Wendy has encompassed the heart of a warrior, fighting this disease with grace and dignity. Her life has become a testimony to the difference that one person can make when they place love at the center of their life.

Having just undergone a routine breast exam in October 2003, Wendy was surprised to discover a lump in her breast in December of that same year. She, along with her husband Russ, went back to her doctor and were told that it was most likely a cyst.

They were advised to come back in a few months for a follow-up appointment. However, having an uneasy feeling, her husband insisted that she get a mammogram that day. It would not be long until they realized the significance of that uneasy feeling.

In late December, Wendy was officially diagnosed with an aggressive form of breast cancer, which had spread into her lymph nodes. In January of 2004, she underwent a double mastectomy and began chemotherapy treatments. At the time of her diagnoses, Wendy was 38 years old with two sons at home who were in the third and sixth grades. 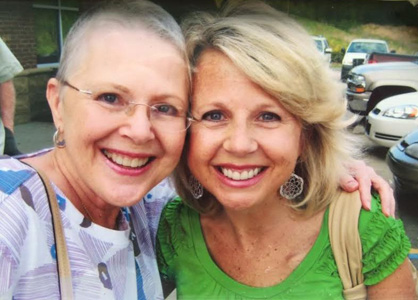 Wendy Bryan (right) helped her mother, Penny Erwin, through a battle with breast cancer after fighting the disease herself.

As mothers everywhere can relate, Wendy set those two precious babies as her driving force in the battle for her life. Russ Bryan recalls his wife stating to one of the doctors during a visit that she had two boys to raise and she was going to see them through high school.

Wendy went into remission and lived cancer free for four years before the cancer returned in her lungs. Again, with enduring strength and resolve, Wendy fought for her life and began a new round of chemotherapy treatments. She overcame yet another battle with cancer and experienced a couple of years of good health before the cancer returned once again in 2011 in her adrenal gland and eventually spread to her brain.

This journey has been very difficult for the entire Bryan family, but even with all of the challenges and heartache, God continues to use Wendy to teach others.

During her time at the Bruno Cancer Center, Wendy was more than just a patient. It is there where she served as a teacher of faith and persistence as she battled this disease.

“I have seen nurses stop what they are doing and get down on a knee and hold prayer right there in the exam room or in the lab, and a calm and peace would take over,” Russ Bryan said. “I have seen doctors walk in the room and look at Wendy’s huge file, and they would close it and just look at her and say, ‘I want to give you a hug because you are a miracle.’”

Such examples serve as a testament to Wendy’s great faith and a life rooted in love. Of course, being both a teacher by design and by choice, one of Wendy’s greatest loves continues to be all of her former elementary students at Thorsby High School.

Although Wendy had to officially retire in early 2013 because of the toll the cancer had taken on her body, her innate ability to create a sense of belonging and community has left an indelible mark on the life her students.

“I have seen children learn how to pray and learn how to really care for somebody, which may not have happened if not for Wendy’s battle,” Russ Bryan said. “That has been the influence of this journey.”

Former students continue to send cards and stop by to ask about Mrs. Wendy. One student even established a Facebook page called, “Praying for Mrs. Wendy Bryan,” as a way for people to reach out and share encouraging words, scriptures and prayers.

And just last week, Thorsby High School hosted Pink Out Day in honor of Mrs. Wendy and in hopes of raising funds and awareness about breast cancer so that one day there might be a cure for this horrible disease.

“Wendy loves Thorsby. I don’t think people realize just how much she loves this community, our school, the kids, parents, co-workers and everyone,” Bryan said. “I never heard her say she wanted to do anything other than teach, and her dream came true. Even now, she tells me every day that she’s happy.”

“I think that people need to know that prayers are answered. We could not have gotten this far without the prayers of those in the community and beyond,” Russ Bryan said. “It is the prayers that are getting us through this, and all of our family has been given strength.”

Despite her struggles, Wendy maintains her joy, and a sense of peace that passes all understanding has taken root in the heart of the Bryan family. Though they may not understand the full purpose of this journey this side of eternity, their faith in the Great Physician is unwavering.

Jesus looked at them and said, “With man this is impossible, but with God all things are possible.” Matthew 19:26

Chanel Bingham is a freelance writer, blogger and public speaker. She resides in Thorsby with her husband and four children. You can visit Chanel at www.thepolishedcanvas.com or on Facebook at The Polished Canvas. Look for her next column in a future edition of The Clanton Advertiser.

By Chanel Bingham | Special to the Advertiser This weekend will be a busy one for a couple of local... read more