Making an impact: Impact Martial Arts students give a demonstration Saturday during the annual Swedish Festival in Thorsby. (Photo by Jessie Carter)

Although the skies were overcast, the mood was festive and light as crowds gathered Saturday to attend this year’s Swedish Festival in Thorsby.

The event began early Saturday morning with a 5K run. Doug Mims was the overall winner with a time of 18:49.

Following the run, the town of Thorsby hosted the Swedish Festival parade, where local residents lined the streets and were treated to the sounds of The Thorsby High School Marching Band among other attractions.

After the parade, vendors opened their booths, as children and adults alike excitedly entered Richard Wood Park, where the festival was held.

“They love this stuff,” Kober said. “I have a lot of return customers.”

“This is the third year that I have participated in the festival, and I love it,” Smitherman said. “I always enjoy seeing everyone from the community.”

The Swedish Festival had nearly 70 vendors this year, offering a wide variety of products including knives, jewelry, plants, clothing, Tupperware, furniture, handcrafted items and a variety of food.

First-time attendee Don Schultz said he enjoyed the festive atmosphere along with the great selection of food.

“I finally decided on a hot dog from Smokey Sam’s BBQ,” Schultz said. “I was surprised to find their food was freshly grilled to order. It was really good.”

“I loved getting to be in the parade and see all of my friends,” she said.

Thorsby Mayor Jean Nelson said she is proud of her community.

“This festival gives us an opportunity to come together and remember our history and celebrate our heritage,” Nelson said. “This may be a small town, but it has a big heart.”

In addition to the many vendors, the festival hosted an array of entertainment, with “Dollar” Bill Larson serving as guest announcer.

Of course, the festival would not be complete without the annual car show, with George Howard taking Best of Show/Car for his 1936 red Ford Coupe. 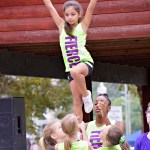 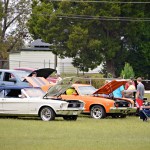 The Chilton County Cruisers will be holding events downtown on the second Saturday of each month. (FILE) 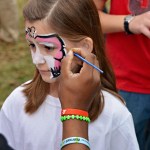 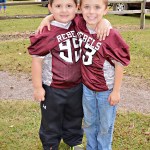 Graeme Shaneyfeldt and Hunter Caudle pause for a picture. 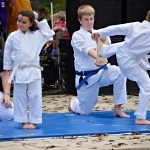 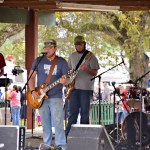 One Way Up performs. 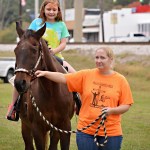 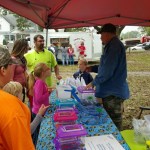 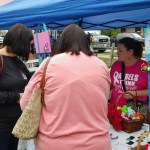 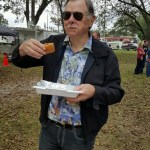 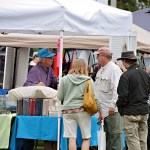 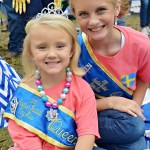 Bad ending: Dejected Thorsby players search for the energy to get on their feet after the last play of Friday’s…

Bad ending: Dejected Thorsby players search for the energy to get on their feet after the last play of Friday’s... read more