A while back, I was conversing with an old classmate, Jim Wade. I told him that I remembered the ice plant that his father Jim Wade ran in Clanton on the alley between the railroad and U.S. Highway 31 North. He told me about how the ice plant of John Wade came to be in Clanton. 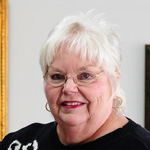 Jim’s grandfather, John Wade, one of eight siblings from near Starkville, Miss., moved to Alabama to start another business. John Wade’s first stop was Columbiana, where he met and married his wife, Bell, a daughter of Missouri Cromwell and Col. D. H. Huyett.

John Wade sent to Mississippi for his brother, Alva Wade, to come help him. They set up an ice plant and light company in Clanton. The oversized generators for the ice plant produced more electricity than the plant could use.

Uncle Alva Wade understood how electricity worked and began putting up poles and running wires to nearby houses and businesses. They enjoyed electricity each day until 9 at night when everything was shut down. In old photographs of Clanton, the poles and wires are very evident.

However, Alabama Power had to rehire him for the company could not get the machinery to work at the dam when they originally installed it. The machinery was wired by the specs, but Uncle Alva told them the specs were wrong and he rewired it and it worked! 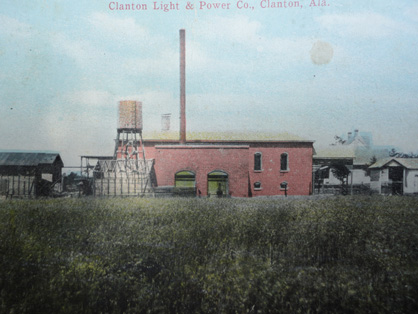 I remember the ice plant part of this business. Jim Wade’s father, Jim, ran this part of the company long after the sale of the Clanton Light and Power Company by his father, John Wade. Many churns of ice cream were made with big blocks of ice purchased by driving by the loading platform of this company.

The company had trucks that went out into the county regularly to replace the blocks of ice in old ice box refrigerators of customers. The ice was chipped off the block by an ice pick in sizes just right for our glasses to fill with our wonderful freshly made iced tea and to freeze the ice cream in a hand-turned freezer.

All of these were activities for the front porch. Oh, the wonderful pleasures of the South!