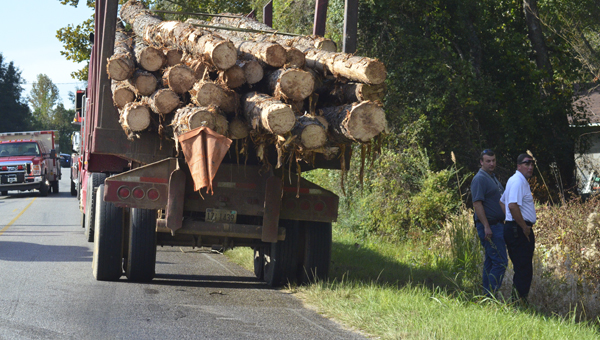 A truck hauling logs dumped an estimated 100 gallons of diesel fuel Thursday on Enterprise Road and an adjacent creek.

The creek appeared to lead into a small pond nearby. 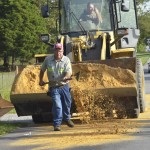 The spill occurred near Martin Court mobile home park at about 3:30 p.m.

Officials at the scene said a broken drive shaft caused the fuel tank to rupture and dump fuel on the road for a stretch of about 75 yards.

Chilton County Emergency Management Agency Director Derrick Wright said the Alabama Department of Environmental Management would visit the site Friday to make sure the spill was cleaned up.

The trucking company will be responsible for the clean-up.

According to the logo on the side of the truck, the company is Shirey Trucking out of Talladega.

Clanton city workers were on the scene spreading sand over the affected part of roadway shortly after the incident.

Enterprise Road was closed from Furniture Avenue to Caroline Avenue for more than an hour afterward as the clean-up effort continued. 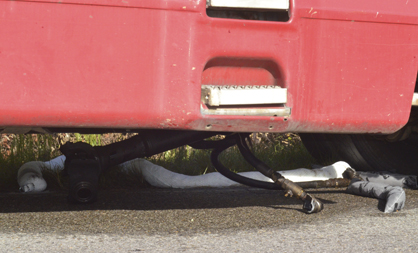 In honor of Breast Cancer Awareness Month, which is October, a “Men in Pink: Pink Tie Affair Dinner” will be... read more