Amanda Marie Hight and Eric Dane Argo were united in marriage on Saturday, May 10 at 5 p.m. in the sanctuary of First United Methodist Church of Clanton. 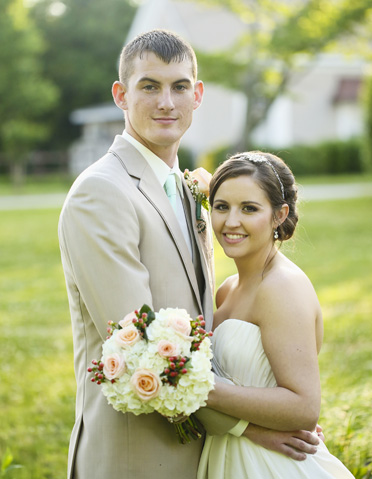 The bride is the daughter of Mr. and Mrs. Robert Hight of Thorsby.

The groom is the son of Mr. William Argo and Mrs. Michelle Green of Jemison.  Grandparents of the bride are Mrs. Angie Cable and the late Mr. Louis Serafin Jr., Mrs. Barbara Fink and the late James Hight Sr.

Serving the bride as maid of honor was Charlotte Cottam.

The flower girl was Faith Rivera.

Serving the groom as best man was Jeffrey Alexander.

The ring bearer was Calin Cable.

Music for the ceremony was provided by violinist Anna Davenport.

A reception followed at the Clanton Performing Arts Center.

The new Mr. and Mrs. Eric Argo are making their home in Thorsby.