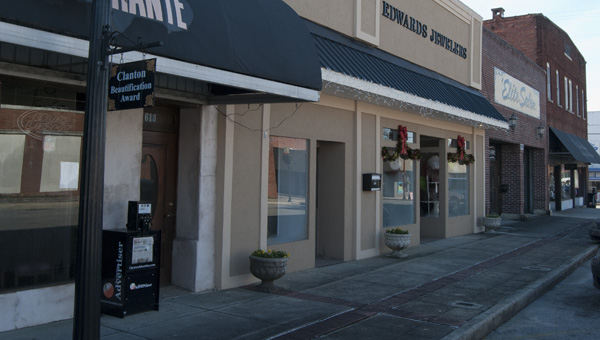 Preliminary reports from a holiday campaign encouraging Chilton County residents to “shop home for the holidays” indicate a success from local business owners this year.

Preliminary reports from a holiday campaign encouraging Chilton County residents to “shop home for the holidays” indicate a success from local business owners.

“We had the best Christmas we have ever had this year,” Morlyn’s Fine Jewelry, Gifts and Antiques in Clanton owner Ann Glasscock said. “I attribute a lot of that to the Shop Local campaign because it got people thinking about spending their money locally.”

Glasscock said social media outlets such as Facebook played a part in the campaign with people throughout the community often “sharing” the Shop Local picture with others on Facebook.

Glasscock said a popular promotion this holiday season was an incentive to get more men out shopping.

This was the second year for the promotion that offered a free rifle to anyone who purchased $2,500 in the store.

“We had great success with the promotion last year so we decided to do it again,” Glasscock said. “We have already given away nine rifles. I think more people were receptive to shopping local this year and if they could find it close by they chose to do that rather than drive 45 miles to get something.”

Although statistics for how the Shop Local campaign did this year will not be available for a few weeks, Chilton County Chamber of Commerce Executive Assistant Brittani Ellison said local business owners seemed to enjoy the campaign.

“We heard from a lot of businesses that people were really receptive to the concept,” Ellison said. “I think people noticed the Shop Local logo and it got them thinking about keeping the money in the county.”

The six-month “Shop Local” campaign started in July to encourage residents to buy locally with the kick-off beginning for the back-to-school shopping period.

Prior to the launch in July, Chamber representatives worked to present the campaign with window clings, Shop Local signs, decals, stickers and banners throughout the community and each business who participated.

The simple design of the campaign was created to encourage shoppers to keep tax dollars in the county.

“Right before the Thanksgiving holiday we used a holiday theme for some of the material we were handing out to encourage people to shop at home for the holidays,” Ellison said. “We kept the same design as the original Shop Local logo but we added a holiday theme to it and I think a lot of people noticed that.”

The Shop Local campaign will continue until Dec. 31 to finish out the holiday season.

Lindsey Jones Simmons, owner of LJ’s Boutique in Clanton, said holiday sales were up this year for her store with more customers showing an interest in shopping local.

“You could definitely tell that people were interested and excited to be shopping local,” Simmons said. “We saw a lot of familiar faces coming out to shop for their Christmas gifts and that was really neat. We had plenty of people who traveled to shop but there was a large number of people who live in Chilton County who came to the store.”

Simmons said LJ’s offered sales each day for two weeks leading up to Christmas and the boutique boosted the sales on Facebook and the radio.

Simmons said the most popular item sold at her boutique this year was printed leggings.

“We couldn’t keep them in stock,” Simmons said. “We would get a box of them in and be unpacking them as people were buying them. Some people bought them still in the package because we didn’t have time to set them out.”

State and county officials are hoping to educate hunters on where to properly dispose of any parts from the leftover... read more