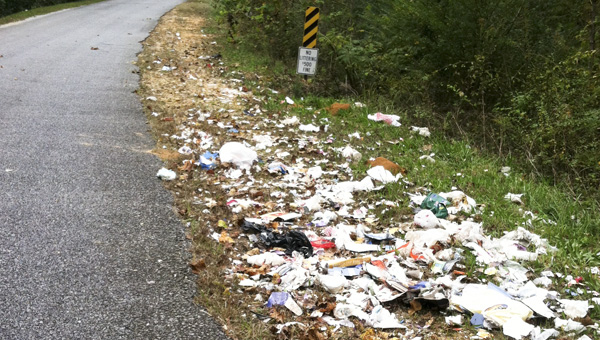 State and county officials are hoping to educate hunters on where to properly dispose of any parts from the leftover animal after recent litter found in Chilton County.
County Road 216 (pictured) is an example of some of the litter being dumped on the side of the road.

With recent findings of individuals improperly disposing of deer carcasses in creeks in Chilton County, county and state officials are hoping to educate hunters on where to properly dispose of any parts from the leftover animal.

Wildlife Biologist with the Alabama Division of Wildlife and Freshwater Fisheries Chris Cook said most hunters belong to a hunting club with a designated place to dump the deer’s hide.

“Most people will have a designated place to go,” Cook said. “You will find that people who are dumping parts of the animal in a creek are not your typical hunters. Most hunters don’t want that black eye because they don’t want people who don’t hunt painting every deer hunter with a broad brush stroke of being unethical.”

“People are disposing of the body parts in the creek because they think it is out of sight out of mind,” Ratliff said. “What they don’t realize is if they put things like that into the creek, that goes to the river where we get our drinking water.”

Although it is unclear if the sheriff or an Alabama game warden would prosecute the crime of illegal dumping, Cook said the water individuals drink does go through a filtering process.

“I’m not a water equality expert but I would think that if it is going in the river that provides the drinking water that it would be heavily filtered,” Cook said. “You still don’t want things sitting in the water like that.”

Cook said he often advises anyone wanting to know where to dispose of the animals that do not belong to a hunting club to put the leftover animal off a main road that is not someone’s property.

“As long as the animal is not being a road hazard or an eyesore, you can usually take the animal about 10 yards out in the woods and let varmints come and take over,” Cook said. “You just need to make sure that where you are dumping the leftover animal is off of private property and not in an area where the varmints are going to create a road hazard.” 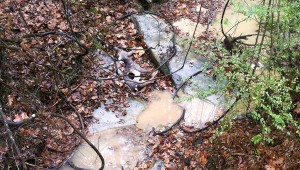 Ratliff also hopes to remind individuals that leftover parts of an animal will not be accepted at the Chilton County Transfer Station.

“If you hit a deer, you can oftentimes let the natural habitat take over but when you put it in a creek, the animal just lays there,” Ratliff said. “A lot of times it is easy to go off and just forget about it but someone else has to come and get rid of it.”

The weather forecast for the Christmas holiday shows plenty of sunshine and cool temperatures that should stick around for the... read more