A 24-year-old Jemison man received credit for 515 days of jail time and was sentenced to serve three years of supervised probation after he pleaded guilty to manufacturing methamphetamine. 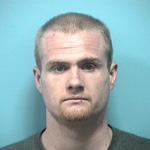 According to Young’s indictment, he was arrested by the Alabaster Police Department on June 22, 2012, for “possessing any precursor substances…in any amount with the intent to unlawfully manufacture a controlled substance, to-wit: methamphetamine.” The crime happened on Shelby County 95 near Hillspun Road in Alabaster, according to the indictment.

After Young pleaded guilty to the crime, Reeves sentenced him to 97 months in prison, but split the sentence between the 515 days Young had served in the Shelby County Jail since his arrest and three years of supervised probation after his release.

While on probation, Young must pass random drug and alcohol tests and must successfully complete a substance abuse treatment program.

After meeting just under two hours in an executive session to discuss pending litigation, the Jemison City Council voted during... read more