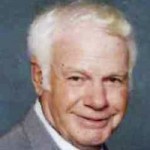 He was born on July 24, 1935, in Chilton County, the son of the late William Earnest Ray and the late Rosa Lee Patterson Ray.

He was a business owner.

He honorably served his country in the United States Air Force from 1952-1956. He was a loving husband of more than 56 years.

He was preceded in death by his parents and brothers, Danny Ray and Oneil Ray; sister, Athlone Ray.

Services were held Nov. 8 at 11 a.m. at Martin Chapel with the Rev. Luis Orteza officiating.

You may leave online condolences on the guest registry for the family at www.martinfuneralhomeinc.com.