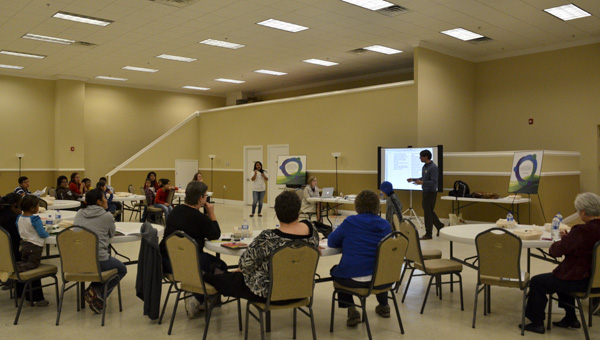 Residents throughout Chilton County gathered Tuesday at the Jemison Municipal Complex for a public forum on bullying.

Residents throughout Chilton County gathered Tuesday at the Jemison Municipal Complex for a public forum on bullying.

The forum was facilitated by the David Matthews Center for Civic Life, which is housed at the American Village in Montevallo.

Executive Director of the David Matthews Center Chris McCauley served as a neutral moderator and led the interactive discussion on ways to define bullying, develop ways to prevent bullying and work to find a common ground to take action against bullying.

“Everyone is encouraged to participate in the discussion tonight,” McCauley said. “We want to work to come up with some ways we can reach a common ground on the topic of bullying.”

McCauley explained there are nine types of bullying including verbal; intentional social exclusion or isolation; physical such as hitting, kicking, spitting or shoving; telling of lies and spreading false rumors; taking of money or other belongings or intentional damage to belongings; threats or forcing others to do things they don’t want to do; racial bullying; and sexual and cyber bullying involving bullying via the Internet or through cell phones.

“Bullying is unwanted, aggressive behavior that involves a real or perceived power imbalance,” McCauley explained. “Do you think bullying is an issue that needs to be addressed?”

Roughly 30 people were in attendance at the forum and many spoke up saying bullying does occur with children throughout Chilton County but often goes without being reported.

A Jemison High School student said many students are afraid to report being bullied for fear they will be labeled a “snitch.”

“The term snitch has been used outrageously,” the student said. “It is considered taboo to be labeled a snitch. A lot of times you will see someone being bullied or know a bully but you don’t want to report it because you will then be labeled the snitch.”

A mom of a student who was bullied at a local high school spoke up and said many children nowadays don’t value human life.

“So many children don’t think about the consequences of what they are doing,” she said. “People aren’t held accountable for their actions anymore. You can never know what someone has been through.”

Citizens also weighed the attractions, weaknesses, costs and consequences of differing perspectives on productive ways to approach the issue of bullying.

While Alabama continues to make progress related to combating bullying, the statistics and stories of bullied students are alarming.

Nationwide, 28 percent of students in grades 6-12 experienced bullying during the 2008-2009 school year according to the 2008-2009 School Crime Supplement, and the National Association of School Psychologists reports that 160,000 young people miss school every day due to fears of being bullied.

Several in attendance at Tuesday’s forum said those that are bullied often don’t report it due to fear. 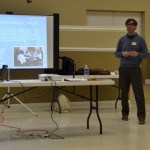 Executive Director of the David Matthews Center for Civic Life Chris McCauley served as a neutral moderator on Tuesday.

McCauley discussed several possible solutions during the forum for dealing with bullying including encouraging greater parental monitoring of children’s cell phone and Internet use, equipping community members and parents to identify the signs that a child is bullying or being bullied and conduct presentations about bullying at community events so that others are aware of the nature of bullying, the impact and warning signs.

“Engaging the community to address problems you are faced with is how to build a stronger community,” McCauley said.

The forum was sponsored by the Alabama Cooperative Extension System, Auburn University.

Alabama Issues Forums is a project of the David Mathews Center for Civic Life, in cooperation with New College at the University of Alabama.

For more information about the David Matthews Center, visit www.mathewscenter.org or call (205) 665-9005.