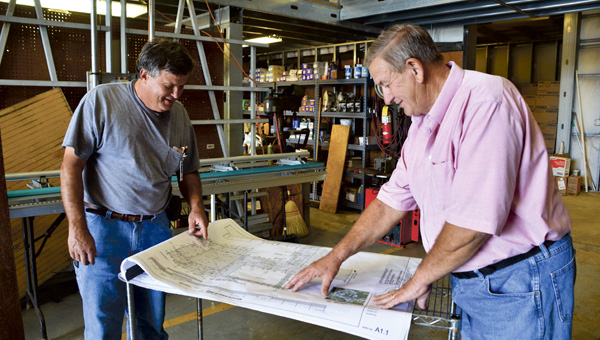 Re-roofing projects at two schools in Chilton County could start in about two months.

Howell said the Chilton County Board of Education would vote on whether to accept two of the six bids at the next regular meeting Nov. 19. 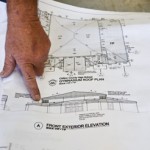 According to design plans, the new roof on the CCHS auditorium will necessitate covering up the windows on the existing roof.

For the CCHS project, the bid awaiting approval is from K.C. Construction for about $1 million.

In addition to a new roof over the school, auditorium and gymnasium, the project would include the construction of a canopied walkway and brick columns at the front entrance of the school.

Howell said his department has patched several places in the roof where leaks were discovered, and although no mold was found, the current roof has started to deteriorate and would continue to leak if left unfixed.

“It was getting to show wear real bad on top,” Howell said. “It wouldn’t be just a year or so we [would have] bad problems.”

Ventilation and electricity will also have to be adjusted after the new roof is installed.

Howell said the maintenance department would remove three existing air conditioning units located on the roof at the back of the school before construction begins.

Howell said the project would most likely take six–eight months to complete.

“Clanton’s is an extensive roof system,” Howell said. “It’s going to change the looks of the school completely. You want it to look good if you’re going to do it.”

For the JHS project, the bid awaiting approval is from Johns and Kirksey Inc. for $81,600.

The project would consist of re-roofing the auditorium only.

Howell said leaks were found around the edges of where the roof meets the walls, but mold was not found.

The JHS project is expected to take about two months to complete.

The architect for both projects is McKee and Associates Architecture and Interior Design.

If the board approves both bids, they must then receive state approval before construction starts.

In other school project news, the multi-purpose facility at Maplesville High School opened two weeks ago.

The facility is designed for students to use for band practice, weight training for athletics, physical education activities and equipment storage.