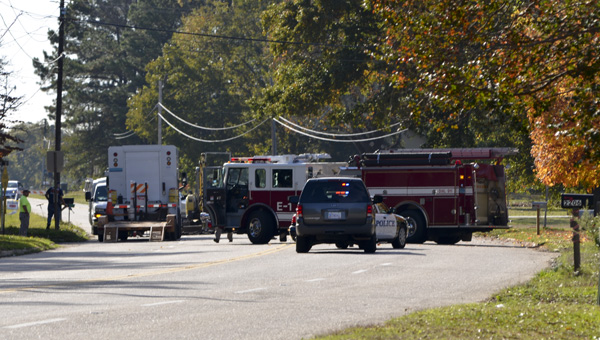 Motorists traveling from Clanton along Highway 22 were being asked to take an alternate route on County Road 37 due to a suspected gas leak.

Fourth Avenue, or Highway 22, in west Clanton was temporarily closed Tuesday because of a gas leak.

The closure began about 2 p.m.

“The Clanton Fire Department and Clanton Police Department have the area blocked off right now and an Alagasco truck is on the scene,” Griffin said Tuesday afternoon

Griffin said school buses were being re-routed to alternate roads in the area until the leak was fixed, possibly resulting in delays.

Clanton Fire Chief David Driver said the leak was fixed around 4 p.m., but the two westbound lanes were still closed as of 4:15 p.m. as workers tried to patch the hole up around the leak.