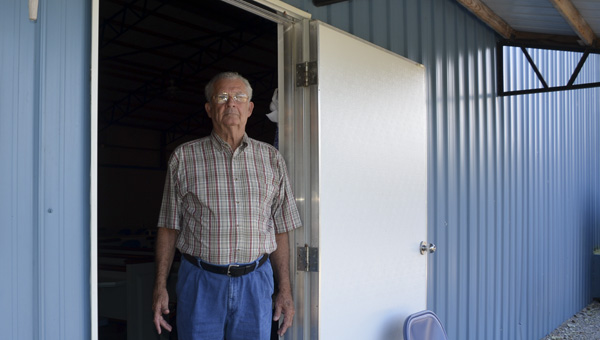 After 25 years of hosting Southern gospel singings to more than 2,600 people each year, the Central Alabama Gospel Music Barn has closed its doors.

After 25 years of hosting Southern gospel singings to more than 2,600 people each year, the Central Alabama Gospel Music Barn has closed its doors.

“It was a tough decision but we just can’t operate it anymore,” owner and operator Marlin Burnett said. “My health isn’t the greatest and it is just time.”

Burnett, 72, has hosted singings in the light-blue colored barn every third Saturday night on County Road 29 in Jemison since 2005.

Prior to the Jemison location opening, Burnett hosted singings in Pelham near Oak Mountain Baptist Church starting in 1988.

As the Barn celebrated its 25th anniversary in May, Burnett decided to make an announcement that the Barn would be closing during the Oct. 19 singing.

“It was really hard telling everyone,” Burnett said. “A lot of people left that night in tears because it upset them. I couldn’t even make the announcement so my wife, Glenda, had to tell everyone.”

When Burnett originally opened the Barn in Pelham, he was married to his first wife Dorothy, and the two spent time cooking meals for 140 people.

Dorothy passed away in 1998 from a brain tumor, and Burnett continued operating the Barn as a way to ease some of his pain.

He remarried in 2001 to wife Glenda and the two continued to operate the Barn in Pelham and eventually in the Jemison location that holds about 300 people at one time.

Since 2005, both Marlin and Glenda have spent each Saturday morning prior to a singing preparing meals for those who would attend.

Burnett said some of the most popular meals throughout the years were simple in nature but well loved by members of the community including his famous butterbeans.

“Everyone loved them,” Burnett said. “We would serve butterbeans and cornbread and people enjoyed that a lot.”

Some of the other dinners included butterbeans and greens, vegetable dinners, roast beef and gravy, chili or vegetable soup.

Burnett would often prepare 28-32 pounds of butterbeans at one time before a singing or 10 gallons of turnip greens.

“I think that is one thing I will miss the most is cooking up everything before a singing,” Burnett said. “I have always loved to cook. I was the runt of my family so I couldn’t ever really do anything except stay inside with my mother which is where I learned to cook.”

Although attendance has dropped off over the years, Burnett said the singings always attracted different people throughout Alabama who would travel to listen to different music groups and mingle with old friends.

“I think that was one of the appeals of this place,” Burnett said. “A lot of people who would come to a singing would only see certain people a few times a month so we would have people arrive for the singings at 3 p.m. when they weren’t supposed to start until 5 p.m. just so they could sit around and talk with everyone.”

Some of the musical acts that have performed at the Barn throughout the years have included Holy Destiny, Southern Image, New Ground, Heaven Seekers and Canaanland.

Each singing would begin at 5 p.m. with a singing portion lasting until 6 p.m. Dinner would be served from the kitchen Burnett constructed at the rear end of the Barn from 6-7 p.m. and musical acts would perform “until they finished up.”

Burnett never charged admission to the Barn but took free will donations that contributed to purchasing food for the dinners and upkeep of the Barn.

“We haven’t gotten as many donations as we used to, so now it is just hard to keep everything up,” Burnett said.

Now, the blue and white interior of the barn that once housed hundreds to hear different gospel singers, lined with rows of white tables and light-blue foldout chairs with signs directing people to “line up for dinner” is up for sale. 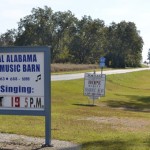 Although the property is located next door to Burnett’s home, Burnett said he is open to anyone wanting to purchase the property.

Although the property is located next door to Burnett’s home, Burnett said he is open to anyone wanting to purchase the property.

“There are different things this building could be used for and someone may want to come and keep the gospel singings going, but for me it is just time to close the doors,” Burnett said. “I will miss seeing everyone but thankfully I have all of the memories.”