Chilton not without its haunts 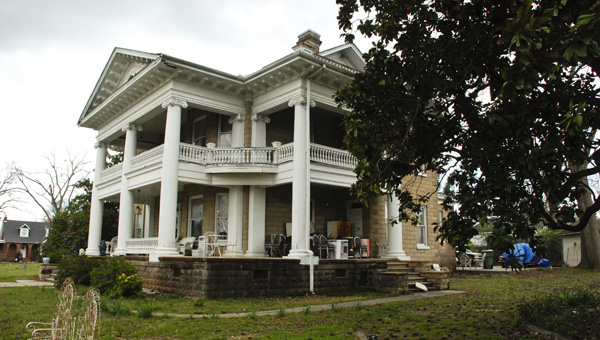 Built in 1901 by Dr. Emmett A. Matthews, the Clanton mansion Jerry and Sharon Pledger now own is thought to be haunted.

Along with providing an excuse to guiltlessly solicit people for free candy, Halloween serves as an opportunity to highlight haunted tales and spooky occurrences, both past and present.

Several local residents have shared accounts of what some might call “paranormal activity” in Chilton County.

Although the definitive presence of real ghosts or spirits can’t be confirmed in these instances, residents claim their observations are worth consideration at the least.

Sharon and Jerry Pledger’s 112-year-old home on Second Avenue North in Clanton has been the site of occurrences over the years that have left the couple and their friends with the same thought: What was that?

“My son and my husband have both said they have heard a man with boots on walk up those stairs,” Sharon Pledger said, referring to the main staircase in the foyer of the house. “I assume there’s a logical reason for everything.”

Despite her penchant for practicality, Pledger said she grew more curious about what her family claimed to have heard when a man contacted her about featuring the home on a TV show about paranormal activity, claiming he had spent time in the home and heard the sound of boots on the wooden stairs—the same sound Pledger’s family said they heard. 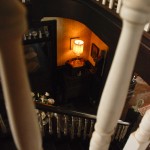 According to Sharon Pledger, her husband and son, along with others who have stayed in the house, claim they have heard the sound of a man’s boots traipsing up the stairs.

“That kind of made me a little bit leery because there was no way for him to have known that,” Pledger said.

The mansion dates back to the early 1900s. Built in 1901 by Dr. Emmett A. Matthews, it was sold to William Archie Reynolds a few years later and became known as the Reynolds Mansion.

The house fell into disrepair and came close to being demolished until it was placed on the Alabama Register of Heritage and Landmarks prior to when the Pledgers purchased it in 1991.

Pledger said the house was built after the Civil War. According to historical records, Matthews, who first owned the house, had a younger brother that served in the Confederate Army and was killed in the war.

Pledger said she and others have smelled the scent of a woman’s perfume in and around the house many times, mostly in the wintertime, when no flowers are in bloom.

“We have had that experience maybe 15 times,” Pledger said. “It will linger usually overnight, and it’s not cheap perfume.

“Sometimes it’s in house, sometimes out in the yard, but to me it’s not scary. When we smell it, my husband will say ‘Well, Mother’s back.’ We just make a joke about it.”

Another strange recurrence Pledger and others have noted over the years is the sound of the wind howling outside on a still day or night.

“I’ve never had anything for me that was really scary,” Pledger said. “We’re happy here and we’ve decided if there are any kind of spirits here, they must be happy because they’ve never given us any trouble.”

Over to the west, Maplesville residents recalled mysterious lights in the woods near the road running from Lawley that caused waves of excitement—and sometimes fright—in their small community in the late 1950s or early 1960s.

“It had been an old home place, and the house had burned or been torn down,” Ed Clapp said. “You could see across this area and there were lights in the woods that would bounce around. People said they were swamp gas.”

Clapp’s younger brother, Clem Clapp, said he knew the rumored phenomenon as “the light” and “a known place for haints.”

“It was kind of a place to tell ghost stories,” Clem Clapp said.

Joel Atchison said he was about 10 years old at the time and never got to venture to the supposedly haunted woods, but he remembers people talking about the lights.

“Out in the woods, teenagers had spotted something glowing and moving around in the swamps in that area,” Atchison said. “They named it ‘Spooknik.’”

Atchison said the name “Spooknik” was a play on words alluding to Sputnik, the world’s first satellite Russia launched into space in 1957.

“It got to be a big to-do,” Atchison said. “Hundreds of people went out there on one or two occasions. On certain nights, it would have a greenish-bluish glow, sort of ball-shaped.”

Some people surmised the lights were ghosts or aliens, but Atchison and the Clapp brothers said it was just something fun to do for young people in the small town.

“I never did see them but two or three times,” Ed Clapp said of the mysterious lights. “When you’re 10 years old, a lot of stuff is haunted. When you get older, you realize it wasn’t haunted.”