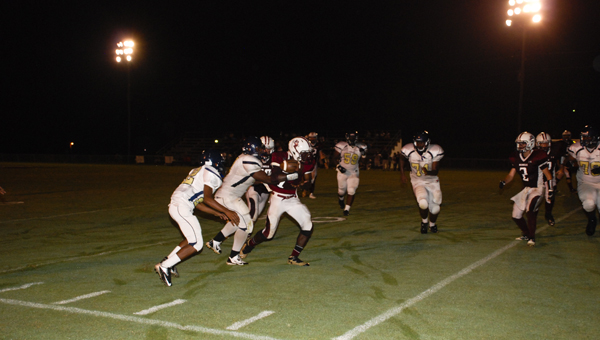 Thorsby’s Darius Davis tries to escape the clutches of Wildcats defenders during the teams’ first region game of the season.

The Thorsby Rebels (1–1) endured a heartbreaking 50-44 loss against the Tarrant Wildcats (1–1) in both teams’ first region game of the season Sept. 6.

In the second quarter, Thorsby senior Darius Davis scored a touchdown with 9:26 on the clock, but Tarrant responded with three touchdowns and two 2-point conversions to lead 28-14 at the half.

Tarrant found the end zone again, leading 42-28 before the end of the third.

Davis earned the Rebels two more touchdowns in the fourth quarter, but even with two 2-point conversions tacked on, the Wildcats were able to squeeze in another touchdown and 2 points to win the game.

“This is what we’re going to have to do to get better,” Thorsby coach Billy Jackson told his team after Friday’s game. “On Monday, we’re going to get back to fundamentals.” 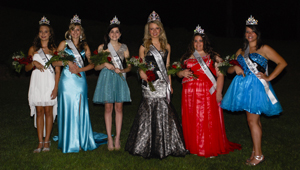