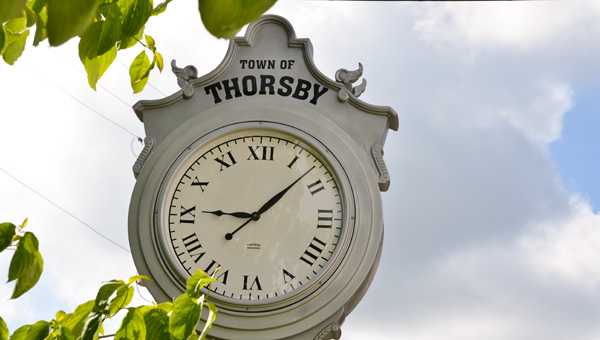 Hilyer, a town icon, passed away in October 2012, days into his second term as mayor. The clock erected in his memory stands next to another town icon: Helen Jenkins Chapel.

“He would be so proud,” Mayor Jean Nelson said.

Angie Barnett led the effort to bring the replica antique, double-faced clock to town, but she said many other residents contributed.

A dedication ceremony will be planned in the future, once workers can complete landscaping around the base of the clock.

Also, there will be a memorial plaque installed that reads: “Time never heals the pain, but it is what you do with your time that helps.”

Hilyer’s wife, Nicole, said the clock is a fitting tribute.

“Dearl had everything planned out to the minute,” she said. “I love it. It’s just perfect.”

A new committee formed May 13 is making progress toward addressing security issues at the Chilton County Courthouse. During the... read more