Bruce and Cathleen Wheatley of Homewood are pleased to announce the marriage of their daughter, Bonnie, to Scott Maddox, the son of Mike and Diane Maddox of Clanton.

The bride is the granddaughter of the late Owen and Dorothy Clark and Betty Ann Wheatley and the late Greg Wheatley.

She attended Vassar College and UAB and earned a Bachelor of Science in Psychology and a Master of Arts in Education. 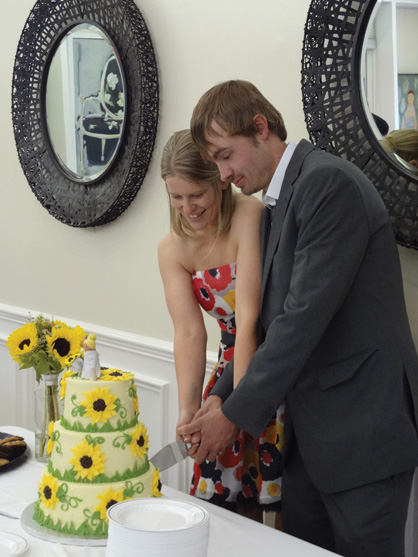 The groom is the grandson of the late Jessie and Lettie Walker and Betty Maddox and the late Vernon Maddox.

He is a graduate of Chilton County High School and attended Wallace Community College.

The flowers were sunflowers, and the bride wore a wedding dress and a reception dress.