Alison Michelle Carter and Charles Devin Bridges were united in marriage on June 2, 2012, at First Baptist Church in Montgomery.

The bride is the daughter of Gerald and Kay Carter of Billingsley.

The groom is the son of Mr. Charles David Bridges of Wetumpka and the late Mrs. Rhonda Jean Bridges of Montgomery.

He is the grandson of Mrs. Shirley Byrd and the late Mr. Riley Dion Byrd Sr. of Montgomery, and Mr. and Mrs. Ronald Rector of Murfreesboro, Tenn. 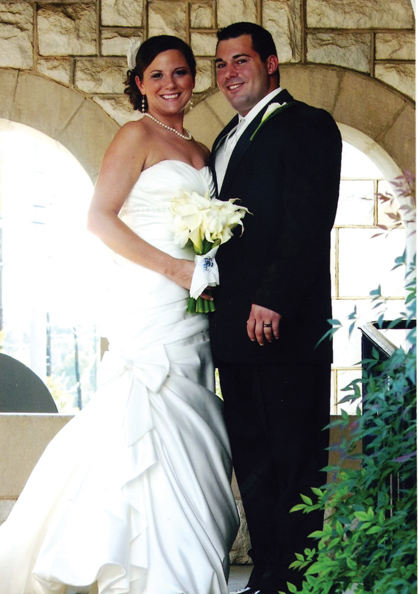 The bride was given in marriage by her father. She wore a beautiful satin fit and flare gown with a sweetheart satin bodice flowing with a chapel length train.

The dress had an empire waist featuring delicate beaded detail and a gorgeous beaded bow on the lower hip.

She carried a beautiful bouquet of white calla lilies and white peonies wrapped in her grandmother’s handkerchief and a broach of each of her grandmothers in memory of them.

Ms. Grace Smith, childhood best friend of the bride, of Opelika, served as maid of honor.

The bridesmaids were Stephanie Bryant of Deatsville, Susan Carter of Billingsley and Brooke Carter of Calera.

Charles David Bridges, father of the groom, of Wetumpka, served as best man.

The groomsmen were Ben Gwin of Deatsville, Jeremy Carter of Billingsley and Brian Carter of Calera.

A reception followed at the Marriott Legends in Prattville.

After a honeymoon to Cancun, the couple resides in Prattville. 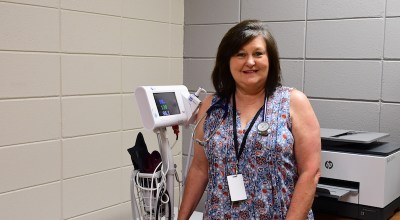