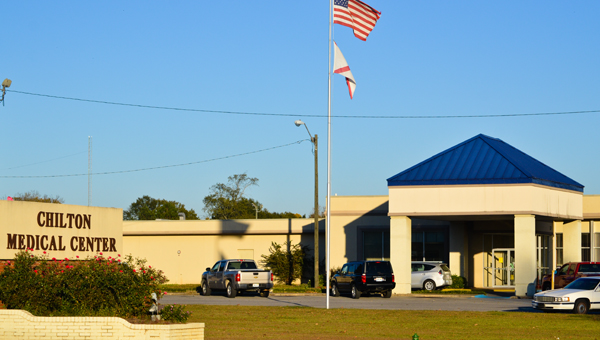 The Alabama Department of Public Health shut down Chilton Medical Center on Monday, leaving 150 employees wondering about their jobs and residents without a hospital in their county.

CMC officials still have an opportunity to present a plan for the hospital’s future on Nov. 8 in Montgomery, but Monday’s closure made clear the stark reality.

“It’s a tragedy,” state Health Officer Dr. Don Williamson said. “Every time one closes, it creates a gap in health care access and it creates a problem for citizens in the community. It’s truly, truly unfortunate.”

Williamson and others in his department worked closely with hospital officials for weeks, tracking patient care and finances. He said the closure was the result of the hospital being unable to make payroll.

“We were in the facility on Friday and were concerned because they were unable to issue checks,” Williamson said. “[On Monday], it became clear to our investigators that they had insufficient funds to cover their checks that they were going to issue.

“We could no longer be certain that they were going to have staff coverage for the patients that were currently hospitalized or those that were going to be hospitalized. We couldn’t allow them to continue to admit patients who would have an expectation of care or to be admitted and not get the care they need.”

CMC’s license was suspended through an emergency order by Williamson. He said it’s the first time he’s taken such action against a hospital in his 20 years as state health officer.

“We would have preferred to get to Nov. 8, where they could in fact have shown they had a plan to survive, or there could have been a more orderly closure,” Williamson said. “This is something you do with a lot of thought, and you only do it when you’re absolutely comfortable that you have no other option.”

Three patients at CMC will be transferred to another facility. The hospital’s employees—about 150 of them—might find their future is less clear.

“We knew if employees were not getting paid they would start to jump ship,” Chilton Medical Center Executive Director Ted Chapin said. “Fortunately, we have a wonderful staff that I have to commend because even when the news came, everyone remained very optimistic. They are all really dedicated to the hospital.”

CAMA held an ownership interest in Clanton Hospital at one time but divested itself of its interest in March 2011.

Sibley Reynolds, secretary and spokesman for the Chilton County Hospital Board, said Monday’s closure came as a surprise even for those who were close to the situation.

“We kind of figured the hammer was going to fall at that Nov. 8 meeting because we were relatively sure Clanton Hospital LLC was not going to come up with a funding mechanism,” Reynolds said. “The county commissioners are concerned; the hospital board members are concerned. We’re trying to get things straightened back out.”