Chilton County native Keith Conway is now among an elite group of pilots after graduating from an advanced program on June 29. 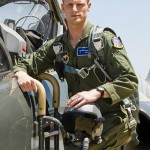 Conway completed the Euro-NATO Joint Jet Pilot Training Program (ENJJPT) at Shepherd Air Force Base in Wichita Falls, Texas, where he received his diploma and wings alongside five pilots from Germany, five from Italy and 13 from the United States.

ENJJPT trains undergraduate pilots for six countries, including Germany, Italy, The Netherlands, Norway, Canada and the United States. In addition to these countries, Greece, Portugal, Spain and Turkey provide pilot instructors for the program. As many as 250 pilots complete the 55-week program each year.

“Once you graduate you are a pilot for the U.S. Air Force, typically going on to fly fighters or bombers,” Conway explained. “It also gives you the opportunity to network and interact with other NATO countries.”

Pat Conway is extremely proud of her son. “This is a big deal for a country boy from Isabella,” she said.

Keith is the son of David and Pat Conway and the grandson of Evelyn Conway and the late Gordon Conway.  He is a 2005 graduate of Isabella High School and a 2010 graduate of Auburn University, which he attended on an AFROTC scholarship.

Conway’s next assignment will be training on the A-10 Warthog at Davis-Monthan Air Force Base in Tucson, Ariz. He and his wife Ashley will be transferring there in the fall.

Three candidates qualified after 2:30 p.m. Tuesday for municipal elections in Maplesville. The cut-off time to qualify in any municipality... read more