Justin Averette, managing editor of The Clanton Advertiser, has been named publisher of the Demopolis Times, demopolistimes.com and the Blackbelt Gazette.

The Clanton Advertiser and Demopolis Times are all part of the Boone Newspapers, Inc. organization of Tuscaloosa. 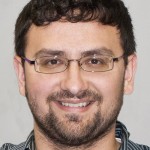 “My time in Clanton has been very rewarding. The decision to leave such a great community was difficult,” Averette said. “I immediately felt welcomed in Chilton County when I arrived during the Peach Festival three years ago and will forever appreciate the many friends I’ve made here since.”

During Averette’s time with Clanton Newspapers, Inc., the company launched The North Chilton Advertiser, a weekly newspaper that serves Jemison and Thorsby, as well as Peach Living magazine. He also worked to start a reader advisory board to seek feedback on the newspaper from the community.

Averette will begin work in Demopolis on July 10, though his last day in the Clanton office will be June 29. 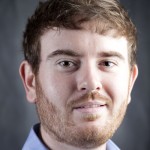 Stephen Dawkins will become The Clanton Advertiser’s managing editor. Dawkins joined the newspaper in December 2006 as sports editor and has worked since January 2010 as assistant managing editor.

“I’m excited to take on a new opportunity at The Clanton Advertiser. All of us here take pride in our products and want them to be reflective of the great community we live and work in,” Dawkins said. “The relationships I’ve built in my five-plus years here are important to me, and I look forward to developing these further and building many more in my new role as we continue to tell the stories that matter most to Chilton County.”