Randy and Pam Brock of Evergreen were proud to announce the engagement and forthcoming marriage of their daughter, Erin Katie to Jeremy Todd White of Maplesville.

Jeremy is the son of Todd and Tammy White, also of Maplesville.

Erin is the granddaughter of Pete and Gail Hicks, Paula Brock and the late Charlie Brock, all of Evergreen. 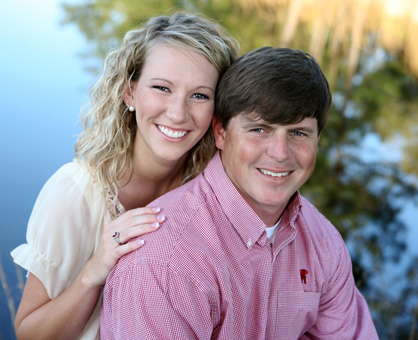 Jeremy is the grandson of Jim and Ann Latham of Maplesville, Patricia Strength of Wetumpka, and Ann White and the late O’Neal White of Meridian, Miss.

Erin is a 2006 graduate of Sparta Academy and a 2010 graduate of the University of Alabama, where she received a bachelor’s degree in Elementary Education. She is currently employed as a kindergarten teacher at Lyeffion Junior High School.

Jeremy is a 2005 graduate of Maplesville High School and a 2010 graduate of the University of Alabama, where he received a bachelor’s degree in Physical Education. He is currently employed as a P.E. teacher and coach at William R. Martin Middle School in Valley Grande.

The wedding was held June 9, 2012, at the Evergreen Baptist Church in Evergreen.