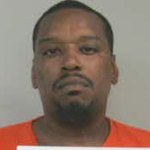 Sherman Robinson faces charges of trafficking marijuana, possession of cocaine and possession of drug paraphernalia. He is currently in the Chilton County Jail without bond.

Clanton probation officers Wade Johnson and Tera Mayfield went to Robinson’s residence trying to serve an outstanding warrant on another person believed to be there. During a conversation with officers, Robinson dropped a bag of cocaine, according to authorities.

The drugs were recovered, and Robinson was detained as investigators with the Jemison Police Department came to the scene.

The marijuana and crack cocaine were packaged for sale and had a street value of $6,500, Fulmer said. In addition to the illegal drugs, $4,220 of U.S. currency, suspected proceeds from the sale of narcotics, was also seized. 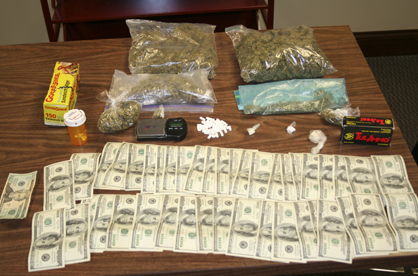 The above items, including marijuana, crack cocaine and drug paraphernalia, were seized by officers during a search of Robinson's residence. (PHOTO BY JEMISON PD).

“Robinson has a long history of being involved in the sale of illegal, dangerous drugs on our streets here in Jemison and beyond. Robinson is yet another person who chose to sell illegal drugs, and one that we will always do everything we can to ensure that he is held accountable for what he has chosen to do,” Fulmer said. “Considering his past criminal history, upon conviction of these new charges, Robinson will hopefully spend many years to come behind bars.”

Fulmer also thanked Clanton officers for their help with the case.

“My agency has a great working relationship with the Clanton Police Department, and the assistance from them has led to this arrest,” Fulmer said.