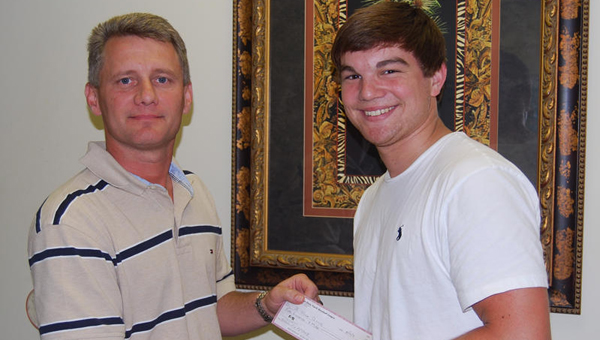 Each year, the local award is given to an applicant who is a high school senior and who participated in the youth baseball program.

Rowe played in the Clanton program from first through sixth grades. He was a member of the 2002 championship team, International Paper, in the city of Clanton’s Farm League and Tournament. The team finished its season with 15 wins and 1 loss under head coach Tim Minor and assistants Jason Moatts, Barry Ousley and Tommy Truss.

Rowe is the 18-year old-son of Dr. and Mrs. Barry Rowe of Clanton. He is active in his school, church and community.

Some of his extracurricular activites include National Beta Club, SGA, Pre-Cal Club, the Pride of Chilton County Band, FFA and Habitat for Humanity. He is an Eagle Scout and voted his school’s Homecoming King and Most Popular.

Rowe will graduate from Chilton County High School in May. He has been accepted to Huntingdon College in Montgomery, where he plans on pursuing a double major in music and business. He will be a member of the Scarlet & Grey Marching Band at Huntingdon this fall.