Chilton County High School’s boys and girls tennis teams have each lost only one match.

The Tigers hope to keep it that way as the postseason begins next week.

CCHS’s girls and boys will compete in sectional tournaments at Walker High School in Jasper on April 16 and 17, respectively.

“We think the team has performed very well this year,” boys co-captain Nicholas Lyn said. “With only one loss, we have had one of the best seasons in Tiger history.”

The teams—both of which finished the regular season with a 12-1 record—could have extra motivation next week because coach Emily Espenan has informed the team that this will be her last season as coach.

“I am so proud of my boys and girls teams,” Espenan said. “They worked extremely hard this year, and their records show it. Each player has impressed me on and off the courts with their dedication to academics and athletics.

“As a coach, I am confident that we will do well in our upcoming tournament at Walker High School. Both teams are prepared and ready to show the other schools what the Tigers are made of.”

Both Lyn and fellow co-captain Rett Russell were chosen as team leaders for two consecutive years.

“It means a lot for us to be chosen as captains two years in a row,” Russell said.

The girls captains are Anna Adams and Laura Evans.

“We feel like the girls team will do well at sectionals,” Adams said.

Evans added: “We’ve improved since the beginning of the year and we are still showing progress.”

Below is a list of the players that comprise the CCHS tennis teams, with each player’s year in school, experience, singles record and doubles record: 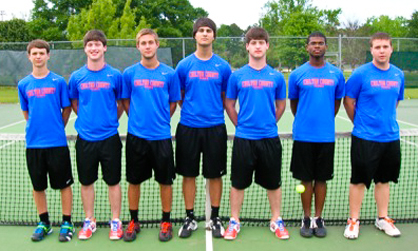 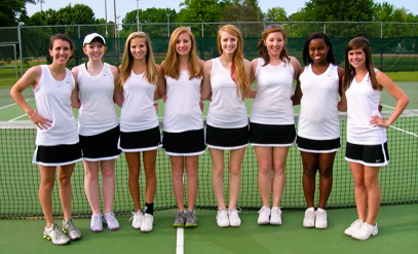