The city of Jemison is now in a better position to hold more festival-type events after a carnival last week brought more than 500 people to Jemison City Park in three days.

The carnival was held April 5-7 and featured large mechanical rides from Trinity Amusements of Odenville.

“Friday night was our biggest night,” said Rex Bittle, Jemison volunteer and resident. “It was positive, and we’re very happy to have some seed money now for the next festival.”

Jemison decided to postpone what would have been its second consecutive MayFest this year and hold a smaller-scale carnival to help replenish funds for the larger events that provide residents with entertainment only minutes from their homes.

Another positive aspect of the carnival, Bittle said, is that it offered large amusement rides in addition to the inflatables exclusively for children.

“We were glad to be able to offer something that more people could do – not just kiddie rides,” Bittle said. “It makes a bigger draw. We made enough money that we definitely would like to do something like this in the fall.”

Bittle said Jemison could host another citywide carnival event as early as October 2012, and talks of next year’s MayFest have already begun.

“One citizen told us that she really enjoyed coming, and she was glad to see Jemison do something like this because they like staying in the city,” Bittle said of the carnival. “Other people said they really had a good time. The mayor is very happy with the turnout.” 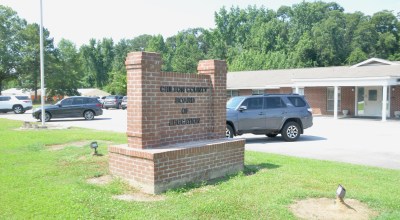