HELEN JENKINS CHAPEL: Shop in Thorsby, save a treasure

Shopping in Thorsby during the month of May will help save a local landmark.

The town council recently decided to donate part of sales tax collected in May to help restore Helen Jenkins Chapel.

The church has been closed since December, after inspectors found termite damage throughout a good portion of the building. Particularly dangerous was a rotten column that supports the church’s steeple.

To help raise money to save the historic building, the Thorsby council voted at its last meeting to set aside a third of all retail sales tax collected in May for renovations. 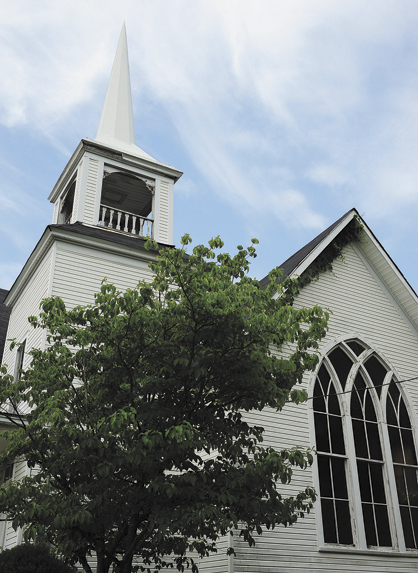 Historic Helen Jenkins Chapel in Thorsby has been closed since December because of termite damage and other needed repairs. The town council recently voted to set aside a third of all retail sales tax collected in May toward renovations.

Mayor Dearl Hilyer said the idea has two benefits — it helps restore a landmark that has come to represent Thorsby while encouraging people to shop in town.

“They can go to businesses and know they are helping (save the church),” Hilyer said.

Memorial bricks for the church’s courtyard are also being sold to raise money for repairs. The bricks cost $50 and can be inscribed in honor of someone. People can also donate directly to the renovation project.

The failing column has been replaced in recent weeks, and Hilyer said the termite damage wasn’t as bad as originally feared.

“The first places we looked really were bad,” Hilyer said. “The next places we went and looked weren’t as bad.”

However, there’s still much work to do if the treasure is to be saved.

In addition to floor and column damage, something must also be done to keep water away from the church, Hilyer said. Plans include adding gutters and doing landscaping work to slope rain runoff away from the building’s foundation.

Norwegian Lutherans built the church, which is named after a school principal, in 1903. Since then, ownership of it has switched hands many times. It has belonged to the Congregational Church, the Thorsby Masonic Lodge and the town of Thorsby.

For more information on the bricks fundraiser or to donate to the project, visit Thorsby Town Hall or call (205) 646-3575.