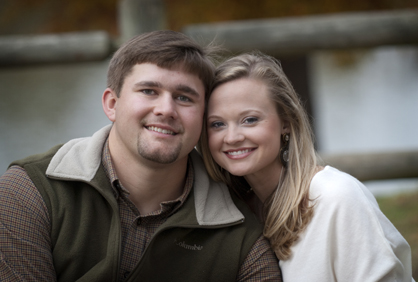 Miss Stewart is the daughter of the late Pamela Kaye Stewart. Mr. Nelson is the son of Mr. and Mrs. Kevin Wayne Nelson of Clanton.

The future bride is the granddaughter of Mr. and Mrs. Robert Earl Mozingo of Prattville, and Mrs. Mary Rush Stewart and the late Thomas Bernard Stewart of Clanton.

He is a graduate of Chilton County High School and Huntingdon College with a degree in communications.He is pursuing a Master of Divinity from New Orleans Baptist Theological Seminary and is presently employed as associate and youth pastor of Taylorville Baptist Church of Tuscaloosa.

The couple will unite in marriage on May 26, 2012, at Camden Baptist Church in Camden with the reception following at Gaines Ridge Dinner Club.