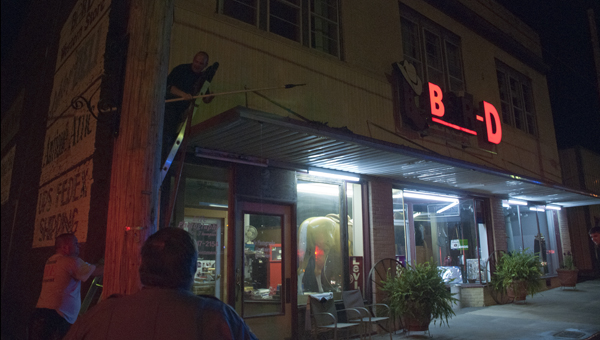 Clanton firefighters have extinguished a small fire that broke out Monday night outside a downtown business.

The fire, which was called into 911 around 8 p.m., burned part of the awning that covers the Bar-D storefront.

The business was closed at the time, and no one was injured. Firefighters hosed down the awning and removed burned debris from it.

Firefighters stayed on the scene for about 45 minutes. During part of that time, U.S. 31 was closed between First Avenue and Second Avenue. Traffic was rerouted one street over by Clanton police officers.