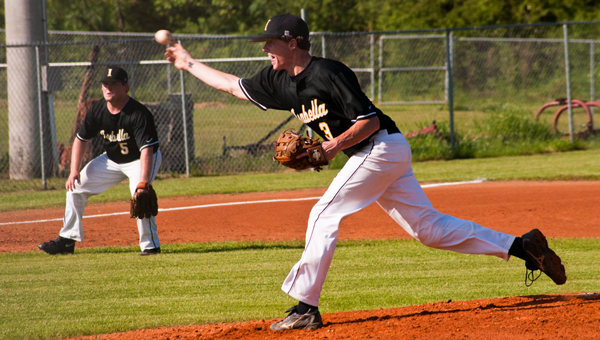 To the plate: Isabella’s Nick Noah delivers a pitch during Monday’s game.

A 10-run inning helped Isabella to an 11-8, come-from-behind victory over Billingsley on Monday in area baseball play.

Visiting Billingsley led 5-0 going into the bottom of the third inning, but a combination of Isabella hitting and BHS errors gave the Mustangs a 10-5 lead. 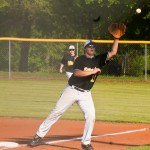 Billingsley tried to fight back but fell short despite pitcher Jay Coburn holding the Mustangs to one run scored in the last three innings.

Aaron Ratliff went 3-for-3 at the plate with two doubles and three runs scored for Isabella.

Tyler Smith went 3-for-4, and Andrew Smith was 2-for-3 with a double and two runs scored.

BHS pounded out 14 hits in a losing effort.

Billingsley won the first meeting between the two area foes, 6-2, on March 19. So, Monday’s result raises the possibility that the teams would have to schedule a tiebreaker to determine who would advance to the Class 2A state playoffs.

Billingsley and Isabella both still have to play the other two teams in the area, Thorsby and Francis Marion, before they’ll know if a tiebreaker game needs to be scheduled.