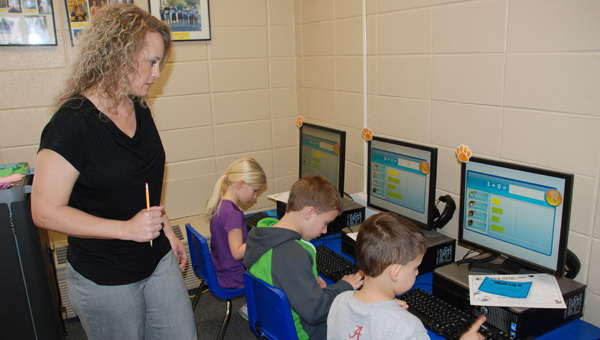 Students at Clanton Elementary School took a break from the classroom March 7 to compete with students from all over the world in World Maths Day.

This worldwide math competition is considered Day 2 of the World Education Games and connects more than 5 million students from more than 200 different countries through an online program.

“The children really like it,” said Krisi Parrish, CES technology teacher. “It’s been good to get them motivated to do math.”

“They are two different things, but they kind of intertwine,” Parrish said, noting that Vmath helped her students prepare for World Maths Day.

“It gets them excited about math,” she said. “Children have different strengths. We needed some math incentives.”

Chilton County High School allowed CES students to use its computer labs so that everyone would have time to participate.