The Rotary Club of Chilton County has decided on the recipients of its annual Rotary Youth Leadership Awards.

Shea Rowe, a senior at Chilton County High School, and Jill Vinzant, a junior at Jemison High School, will visit Camp ASSCA on Lake Martin with other RYLA recipients from across the state and will each receive a $1,000 scholarship.

“It’s something we’ve been doing almost since we chartered,” Rotary club President Roger Yeargan said and added that 2012 marks the third year the local club has included the scholarships with the program, something not every club does as part of RYLA. “We’re trying to promote the county, and this is a way to do that.”

The camp will be March 8-11 and focus on fostering leadership.

Rowe and Vinzant were chosen by club members from among applicants from five county high schools.

“All of the applications we got were good,” Yeargan said. “It was not an easy decision.”

CCHS junior Cameron Blackmon and Maplesville junior Markeshia Bailey were named first and second alternates, respectively, and would attend RYLA if either Rowe or Vinzant were unable to. Blackmon and Bailey will also be eligible to apply again next year.

The program is for high school juniors and seniors.

Rowe, 18, has a 3.37 grade point average and has been involved in extracurricular activities including: National Beta Club, SGA, Eagle Scout, Pre-Cal Club, the CCHS band, FFA and Habitat for Humanity, and was voted his school’s Homecoming King.

Vinzant, 17, has a 4.0 GPA and has been involved in extracurricular activities including: Beta Club, FCCLA, JHS majorettes, Scholars Bowl and GEMS, and is the reigning Chilton County Peach Queen. 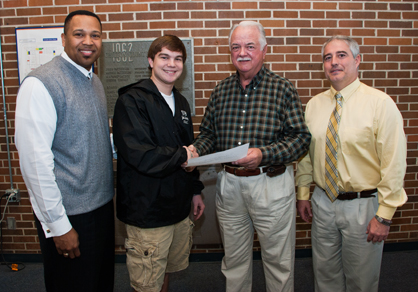 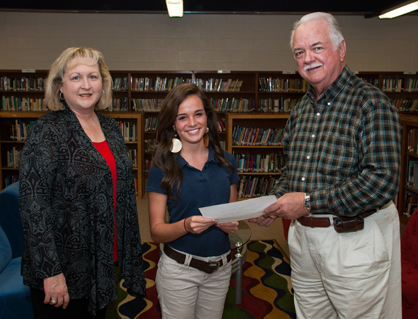