From Clanton to Carnegie 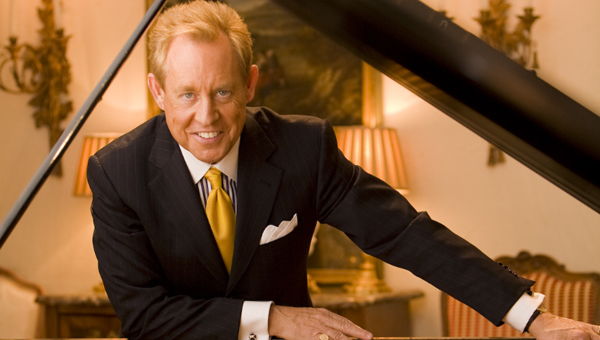 Randall Atcheson is set for his 11th Carnegie Hall performance in 2012. At age 5, he started playing on his family’s upright piano and soon started taking lessons in Clanton.

One would expect a man who went to the Juilliard School with Robin Williams, Christopher Reeve, Patti LuPone and Yo-Yo Ma to be talented, but Clanton native Randall Atcheson merits more than the usual praise.

The proof is in the beautiful strains of piano and organ music that flow from Atcheson’s agile fingers in concert halls, churches and his home in Greenwich, Connecticut.

And as if his school soirees with future celebrities in the Juilliard cafeteria weren’t impressive enough, Atcheson has another sizable feather to place in his cap.

He has played at Carnegie Hall 10 times and is slated for his 11th performance in 2012.

“My debut at Carnegie Hall … was in 1991, and I thought that was a life’s dream,” he said. “If I could play at Carnegie Hall, it would be like climbing Mount Everest maybe for somebody else.”

With a bit of encouragement from a sweet lady backstage, Atcheson conquered his “Everest” of concerts.

“She’s seen everybody, all the most famous people,” he said. “She said to me as I was going onstage, ‘Now honey, this is your first time at Carnegie Hall, but it won’t be your last.’ She was absolutely right.

“The minute I got through with that concert, I couldn’t wait to do it again.” 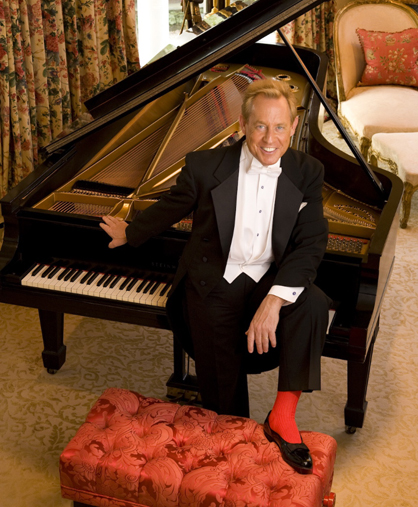 Atcheson says is advice to young, aspiring musicians is to "enjoy your music and try to make music stress-free and guilt-free. Music is to be enjoyed."

Atcheson is on the international list of Steinway artists, which is a privilege reserved for a select few worldwide.

Steinway & Sons pianos are handcrafted and used by some of the most prominent musicians of the 21st century.

Being a Steinway artist means Atcheson is provided with a Steinway piano to practice on wherever he goes.

The piano in his living room is a Steinway concert grand, so it’s no surprise he is partial to the brand.

“They will provide a Steinway piano for me anywhere I play in the world. It’s just a home away from home to go to a Steinway dealership,” he said. “They’ll do anything for you. I’m highly honored to be on that, and I love Steinway pianos.”

But before Juilliard, Carnegie Hall and the Steinway list, Atcheson was just a boy from Chilton County who loved making music.

Atcheson and his siblings spent a lot of time in church, and at 5 years old, he started playing church songs on his family’s upright piano.

“I think music of the church was my first inspiration,” he said. “My father was a minister … and I just used to hear the music in his church and was inspired to come home and try to imitate what I had learned at church.”

His mother taught him several songs and hymns she knew, and at age 6 he started taking lessons from teachers in Clanton, including Mrs. Lamar Deloach.

“We knew when he was 7 or 8 years old what he would do the rest of his life,” said Randall’s brother Wayne Atcheson, who works at Billy Graham Ministry Relations in North Carolina. “He’s an entertainer and performer.”

Wayne said an entire chapter of his book, “Our Family Was a Team,” is devoted to Randall’s music career.

When he was 12 years old, Randall Atcheson enrolled in Samford University Preparatory Music School for piano and organ instruction and continued the program through high school.

“I just felt so honored to be able to have such professional, collegiate teachers,” he said. “I knew it was a tremendous advantage and a great opportunity that I had, and I was so thankful.”

When he was in the ninth grade, he was hired as the organist at First Baptist Church of Clanton, initially earning $25 a month and later $25 a week for playing at every service.

He also taught piano lessons at home after school. His mother would bring him a snack to eat in the car, and his students—often older than he—were usually waiting in the driveway.

Atcheson was in the marching band at Chilton County High School and played the clarinet, saxophone and bassoon until he became drum major.

“That was a real important thing for me,” he said of his days in the CCHS band. “I loved doing that.”

He graduated from CCHS in 1970 and auditioned for Juilliard when he was 18.

Atcheson said his childhood in Clanton paved the way for the life he lives now. He and his wife, Laurie, have made their home in Connecticut for 41 years.

“I still consider myself a Southerner and so proud of the fact that I was raised in a small town, Clanton, Alabama, and had a wonderful childhood and wonderful memories,” he said. “I think it gave me a great anchor for all the wonderful experiences I’ve had throughout my life, because I can always compare and say I never thought growing up in Clanton I would experience all the things that I have had the privilege of doing.”

He moved to Connecticut because he was offered the position of organist at Greenwich Baptist Church and the former cottage of Judy Garland on the church’s 10-acre estate. He lived in the cottage for the entire 10 years he attended Juilliard.

Since then, Atcheson has released 16 albums and played on five continents. He played at the U.S. Presidential Inauguration Dinner in 2005.

He has played at the American Embassy in Paris 17 times, and he has entertained audiences as far away as Sydney, Australia.

He will play a concert at the University of Alabama in Tuscaloosa on Sunday, March 25, 2012.

When he is not touring, Atcheson serves as the director of music and organist of Stanwich Congregational Church in Greenwich, and he teaches piano in his home.

“I’ve never had a job, but I’m a workaholic. I have 92 piano students a week, which means that I basically teach every day from 8 to 8 if I’m not playing a concert somewhere,” he said.

He enjoys running and runs six miles every night from 10:30 to 11:30, and he and his wife, who is a French antiques dealer, spend four weeks each year in Paris shopping for European treasures.

A chapel nestled next to their home holds many of their French finds, as well as the first grand piano Atcheson bought in Birmingham when he was 16 and a harpsichord he built from a kit in high school.

The chapel serves as a peaceful place for him to practice, but it is also the site of weddings, funerals and other events in the Greenwich community.

Atcheson’s success has not come without hard work, dedication and a deep passion for his craft.

“My advice to young, aspiring musicians is to enjoy your music and to try to make music stress-free and guilt-free. Music is to be enjoyed,” he said. “Unless you have a burning passion and desire, I would not advise you making it a profession, but it is certainly something to be enjoyed. If you have that burning desire, you’re going to make it a profession anyway, I feel.”

He said he admires Lady Gaga for her passion for music, so much so that he played her song “Bad Romance” at his most recent concert at Carnegie Hall.

Atcheson’s favorite Bible verse epitomizes his motives for sharing his talents with the masses: “Whatsoever thy hand findeth to do, do it with thy might; for there is no work, nor device, nor knowledge, nor wisdom, in the grave, whither thou goest” Ecclesiastes 9:10.

“My talent is a gift from God, and I owe him the best I can make of it,” he once told People Magazine.

Atcheson said he couldn’t picture himself doing anything else.

“He just lives a fascinating life,” Wayne said of his younger brother. “He turned 60 on Oct. 15, but he’s got as much energy today as he’s ever had. He’s an extremely good pianist, but he also has a lot of fun with it.”