Huntley waiting to serve on AU Board of Trustees

Clanton attorney Elizabeth “Liz” Huntley was one of nine people nominated by a selection committee Monday, Feb. 6 to serve on the Auburn University Board of Trustees. 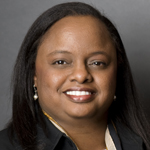 Gov. Robert Bentley leads the committee and will send nominations to the state Senate.

Alabama’s Senate must approve each of the nine appointments in order for the nominees to start serving new seven-year terms.

Huntley was initially nominated for the board of trustees last year, but the selection process had to be redone following a lawsuit and resignation of AU trustee Bobby Lowder.

Andy Hornsby, a former president of Auburn University’s National Alumni Association, filed the suit in Lee County Circuit Court against the governor and the other four members of the trustee selection committee, claiming their meeting in April last year did not follow Alabama’s open meetings law.

“I hope that this thorough process will eliminate any concerns that any senator may have about the transparency of the process,” Huntley said. “It was very thorough and very transparent.”

“It’s been a very open process,” Huntley said. “I’m very hopeful that the senator leadership will present these nominations to the confirmations committee so these can be confirmed.”

Huntley said if the new nominees are not confirmed by the end of the current legislative session, only five trustees will remain on the nine-member board.

“It is urgent for the university,” Huntley said. “There will only be five members left on the board, which is not sufficient for running a university.”

The selection committee met and voted on the official nominees for each slot on Feb. 6, and Bentley’s appointment of those individuals has been forwarded to the Senate for confirmation.

The Senate must confirm the appointment before trustees can begin serving their term, Huntley said.

“The process has been long,” Huntley said. “I am very humbled and excited for the opportunity to serve Auburn so that I can learn what’s going to be involved with my responsibilities and get on board.”