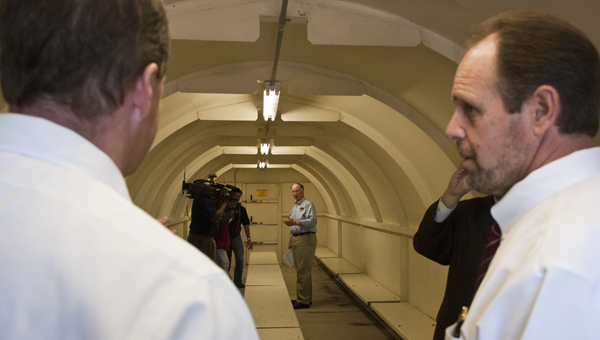 For that to be the case the next time severe weather strikes, county Emergency Management Agency Director Bill Collum wants to remind residents of the locations of the county’s six storm shelters:

“We had a couple of calls last week, people saying, ‘I live in this place, so where is the closest shelter to me,’” Collum said. “During the tornadoes, we had people drive by the East Chilton shelter to get to the one in Clanton.”

The operational shelters listed above should not be confused with shelters planned to be opened in the future.

Collum said paperwork has been filed for those shelters, but they must be approved by the Federal Emergency Management Agency.

Federal disaster mitigation funds related to the tornadoes last month should also help with the construction of the planned shelters, Collum said.

Collum said that while Chilton County residents received Individual Assistance to help recover from the storms, the county did not receive Public Assistance, which would have reimbursed local government agencies for overtime worked by police officers and to clean up debris. He said some residents have piled debris by the road, expecting the county or local municipalities to pick up the debris.

“I know a lot of people were expecting that to happen, but it’s not going to happen,” Collum said. “People will have to dispose of their own debris because we didn’t get a grant for that.”