Mims to run for probate judge 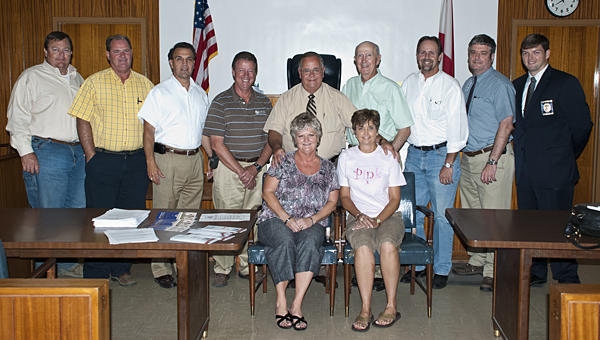 Chilton County Commission Chairman Tim Mims, elected in 2008 as an Independent, announced Monday night that he plans to run for Chilton County Probate Judge next year as a Republican.

Before running as an Independent, Mims served two terms on the commission as a Democrat. When he ran as an Independent in 2008, he received more votes than any other candidate — Chilton County commissioners are elected at-large by cumulative voting.

“My desire is to become a Republican. I plan to run for probate judge,” Mims told the members in attendance at Monday’s Chilton County Republican Executive Committee meeting.

After the announcement, the group’s executive committee members met with Mims in a brief private meeting and then voted whether to recognize Mims as a Republican.

The new procedure, which was just approved by the Alabama Republican Party, was implemented to make sure any elected official from another party wanting to run as a Republican isn’t just switching for political gain, State Rep. Kurt Wallace said. Though the rule can’t prevent another party member from running as Republican, the local party wouldn’t support anyone without the approval, Wallace said.

Another pair of elected officials made their intentions to seek re-election known Monday too. Circuit Clerk Glenn McGriff and County Commissioner Allen Caton both announced they plan to seek another term in their respective positions.