Mr. and Mrs. Toby Langley and Mr. and Mrs. Roger Scott are proud to share with you the following event.

On Feb. 19, Lacey Paige Mayfield and Heath Scott became engaged. The exciting event took place in the parking lot of Liberty Hill Baptist Church, where Heath had devised a plan for local authorities to pull Lacey over on what was appearing to be a routine traffic stop. After the officer asked Lacey to view a possible blown taillight on her car, Heath stepped out of the patrol car where he had been hiding. He was wearing his full USMC dress blues. He approached Lacey and knelt on one knee, and at that time, he asked her to marry him and she said “Yes!”

Heath not only presented Lacey with a beautiful antique estate engagement ring, but he also had an arrangement of a dozen white roses with two red roses that had been wired together and placed in the middle to symbolize unity.

The wedding is set for December 2011. Full wedding details will follow at a later date. 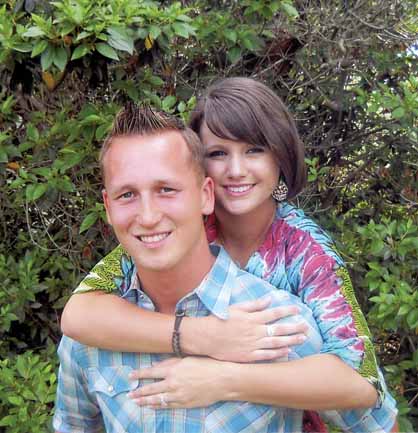 Lindsay Kathryn Lowery and Johnathon Michael Deitrick are happy to announce their engagement and forthcoming marriage. The bride-elect is the... read more