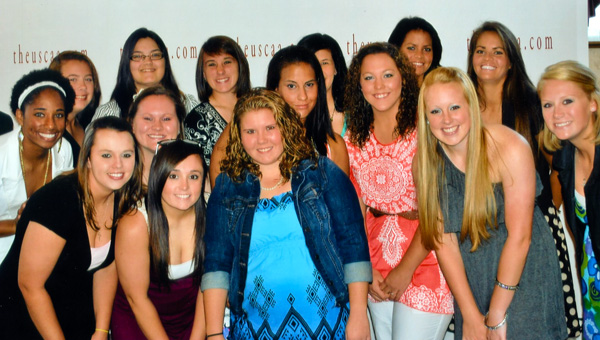 The Eagles included nine freshmen, including Liveoak and Matthews, making it the youngest team in the tournament.

Liveoak is a 2010 graduate of Isabella and the daughter of the late Ray Liveoak and Rose and Jody Landrum of Jemison.

Matthews is a 2010 graduate of Marbury and the daughter of Doug and Kristi Matthews of Clanton.

Both girls were starters for the Eagles this season. Liveoak held down the cleanup spot in the batting order with nine home runs (fourth in USCAA) and 32 RBI (sixth). She was also chosen freshman player of the year by the Judson coaching staff.

Matthews ranked high in the conference in innings pitched, wins, saves and strikeouts.

While in Ohio, Matthews earned the player of the game distinction from ESPN Radio for a shut out performance against Penn State Mt. Alton. She was later named to the USCAA All-National team for her overall infield and pitching performance during the tournament.

Liveoak and Matthews played together in the Clanton City Park youth league and the Clanton-based Freedom Fastpitch travel team, and later played against each other in varsity competition.