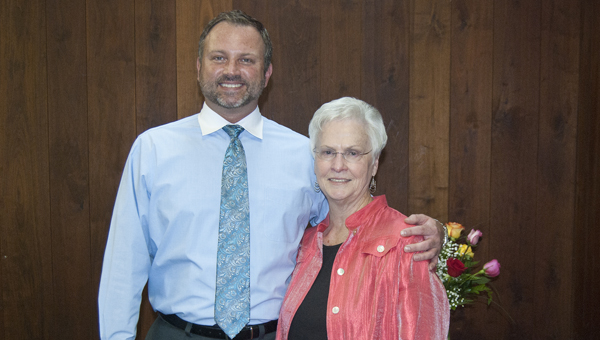 Jo Abernathy (right) will retire June 1 after 36 years with the Chilton-Clanton Public Library. She is shown with the new director, Kelly Easterling, who has been with the library for about a year and a half.

Jo Abernathy will retire later this month after 36 years with the Chilton-Clanton Public Library.

She has been director of the library since 1983. Her retirement will be effective June 1, and after then she plans to enjoy time with her family, including a new great-grandson.

Abernathy still plans to come back and volunteer around the library, helping with reading programs and other special or busy times.

Kelly Easterling will serve as the library’s new director.

“Jo’s going to be a hard act to follow,” Easterling said at a luncheon in Abernathy’s honor Tuesday at the library.