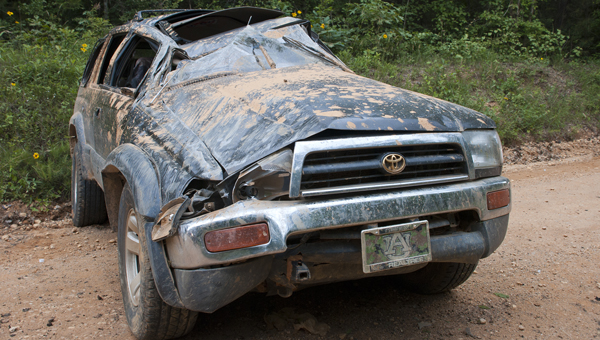 Several fire and rescue departments responded to this wreck Monday off County Road 8.

One man was transported to a local hospital with minor injuries following an accident Monday afternoon on County Road 8, off Alabama 145.

Union Grove, Gap of the Mountain and Collins Chapel fire and rescue departments responded to the call of a SUV that had flipped over.

The driver was taken by RPS to a hospital; he was the sole occupant of the vehicle. No other cars were involved.