Tigers on to regional tourney 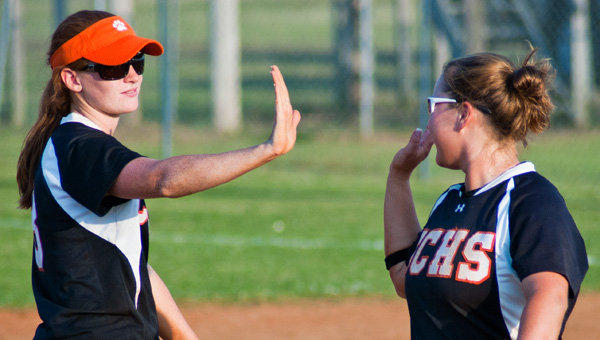 It wasn’t the ending the Chilton County softball team was looking for, but the result will be the same.

Host CCHS finished second to Brookwood on Monday in the teams’ area tournament, but Chilton still advances to the regional tournament at Troy University on Friday and Saturday.

Brookwood defeated Paul Bryant in the first game of the day and then topped the hosts, 8-2.

Chilton County stayed alive with a 20-4, five-inning win over Paul Bryant and carried the momentum into a rematch with Brookwood, scoring three runs in the top of the first inning, but the visitors would win, 14-13, in eight innings.

Brookwood, playing as the home team, cut into the lead with two runs in the bottom of second inning, but CCHS got those two runs back in the top of the third as first baseman Lauren Stewart tripled home a run and then scored herself.

But the visitors scored two runs in the bottom of the fourth and six in the fifth.

CCHS took the lead again with three runs in the sixth—two coming on a double by Brianna Cleckler—but Brookwood tied the game yet again and forced extra innings.

The Tigers had two runners on base in both the seventh and eighth innings but couldn’t push a run across.

Brittany Ledbetter led off the bottom of the eighth inning with a double for Brookwood, advanced on a groundout and scored the winning run on a single by Jami Huggins.

Cleckler finished the game 3-for-4 with one run scored and four runs batted in.