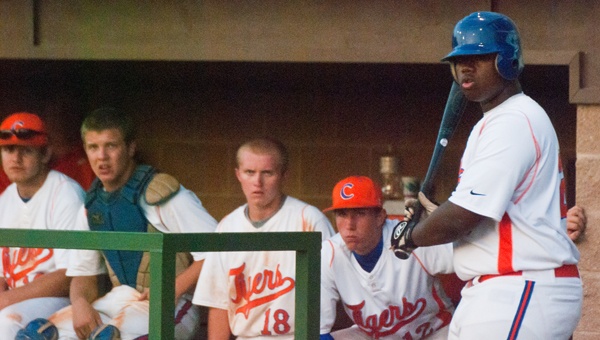 Like several other times this season, there was a moment Friday when it seemed there was no hope left.

But the Chilton County baseball team defied odds again, and this time was the most unlikely.

Host CCHS lost the first game but won the second in a best-of-three series Friday, 8-4, over Spanish Fort to force a third game at 1 p.m. Saturday.

Don’t bet on the visitors being able to kill the Tigers because nothing else has been able to: not the loss of players to injuries, suspensions and defection; not the school prom taking place out of town Friday; and not the unavailability of two of their best pitchers because all Round 2 series were rescheduled after tornadoes last week devastated several parts of the state.

Not even when what was surely one of the deepest home runs in the history of Jack Hayes Field finally landed to give Spanish Fort a 4-1 lead going into the fourth inning with one of the most dominant pitchers in the state on the mound.

Chilton, meanwhile, was relying on freshman Blake Teel to keep its playoff hopes alive after ace Chance Calloway was spent in Game 1. Teel was pitching despite not being able to run thanks to an injury sustained in Round 2 of the playoffs.

CCHS coach Josey Shannon surely would have gone instead with Cameron Cummings, but the southpaw, along with reliever Trevor Thomas, were unavailable because of an Alabama High School Athletic Association rule requiring pitchers who appear two consecutive days be given three consecutive days of rest.

Cummings and Thomas both appeared in games Monday and Tuesday and so can pitch Saturday.

It seemed to be another in a long list of reasons why the Tigers could take pride in fighting hard and earning the distinction as one of the top eight teams in the state but would have to hope things would go better next year.

But then Spanish Fort took ace Rocky McCord off the mound and the unexpected happened: CCHS wasn’t ready to go down just yet.

Cole Jarman came in to pitch the fifth inning and immediately found himself in trouble.

Delondre DeJarnett singled to lead things off, and J.D. Minor followed with a walk.

An out was made, but Adam Minor—one of two seniors, along with Calloway, missing his senior prom for baseball—singled home DeJarnett.

Craig Headley walked, and then Thomas singled to score two more runs and tie the game.

With two outs, Evan Moatts came through with a clutch double to put the hosts up 6-4.

The Tigers doubled their lead in the seventh inning.

Thomas reached on an error with two outs, Calloway walked and two runs scored on a Moatts single, though one was aided by an error.

“I’m so proud of them,” Shannon said. “They fought and clawed all year long. Nobody gave us a chance to be in the third round of the playoffs. We took the approach that all the pressure is on them. We just came out and played baseball. When you do that, good things seem to happen.”

The only run McCord allowed was in the top of the first inning, when Cummings led off with a single and scored on a Headley hit.

McCord didn’t yield a hit and struck out four the next three innings.

He helped his cause with the towering shot to straightaway center field on the first pitch of the bottom of the fourth inning.

McCord walked in his other two at-bats before facing Teel again with one runner on in the bottom of the seventh. Teel struck him out to end the game.

“He was fighting pain the whole game,” Shannon said. “There’s no quit in him.”