One taken to hospital following wreck 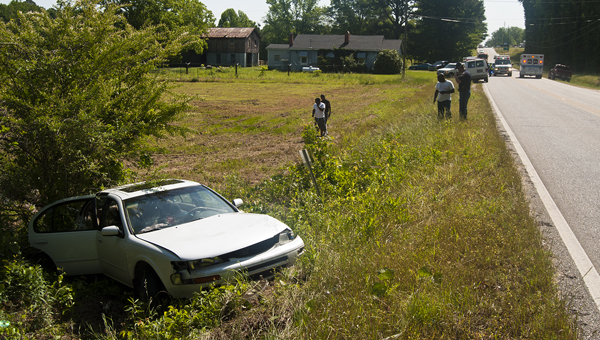 This single-car accident happened Friday morning on Alabama 22, just past its intersection with Chilton County 37.

One person was transported to a local hospital Friday morning for injuries sustained in a single-car accident outside Clanton.

The car, which was traveling westbound on Alabama 22 between Clanton and Maplesville, left the road and ended up in a ditch.

Two adults were in the vehicle. One was taken by CARE Ambulance to a local hospital for treatment of non-life threatening injuries, according to members of Fairview Fire and Rescue.

The wreck happened shortly before 10 a.m. just past the intersection Alabama 22 and Chilton County 37.

Taylor Robinson, left, of Thorsby and DeMario Cleckley of Chilton County High School are encouraged by Sandra Sims as they... read more