How you can help tornado victims 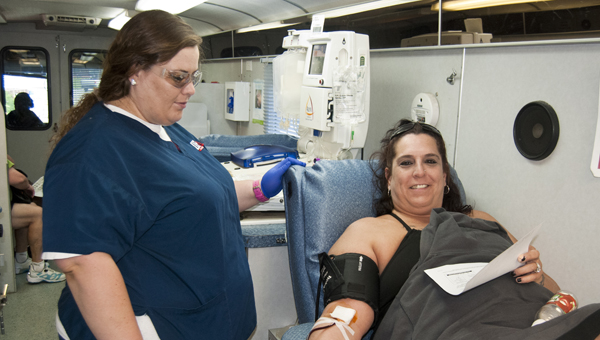 Tornadoes ripped across the state, killing at least 160 and injuring many more while leaving scores homeless. The need for money, basic supplies and blood donations is great.

While it isn’t advised for people to go into damaged areas and help with rescues or clean-up, there are many other ways people can help their neighbors in need.

The Red Cross is also accepting donations on its website at www.redcross.org and via text messages by texting “REDCROSS” to 90999 for a $10 donation. You can also call 1-800-red-cross.

The violent storms have also had a severe impact on the state’s blood supply.

LifeSouth Community Blood Centers will be holding blood drives to address the current shortage, including drives in Tuscaloosa, which was hardest hit by the catastrophe.

“With so many people killed and injured, the need for blood is both great and widespread,” said LifeSouth Vice President of Operations J.B. Bowles. “Anyone who can donate blood needs to please come forward. It’s one important way to reach out and help.”

Anyone 17 or older, or 16 with parental permission, weighing a minimum of 110 pounds and in good health may be able to donate. A photo ID is also required.

LifeSouth will have its bloodmobiles at numerous locations throughout the region. The bloodmobiles were at the Dollar General in Clanton on Thursday from noon to 5 p.m.

Many local civic groups and churches are also responding to the need.

All donations are tax deductible. Every penny donated goes directly to the disaster indicated by the giver.