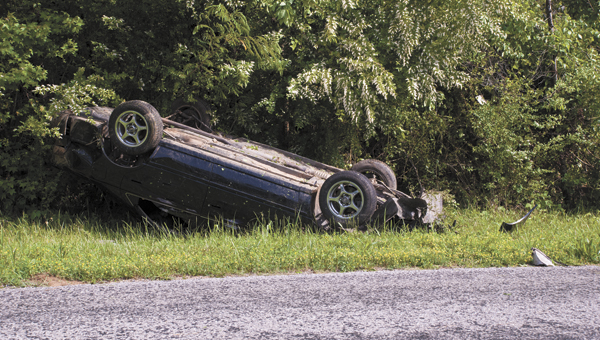 A black car ran off the road and flipped several times before landing on its roof, according to Chilton County Sheriff’s deputies.

The car’s driver was the only person inside the vehicle. She suffered some lacerations and other injuries, but was speaking with State Troopers before being transported to a local hospital for treatment.

John Gasson (second from left) and Cameron Morrow (third from left) spoke to the Rotary Club of Chilton County on... read more