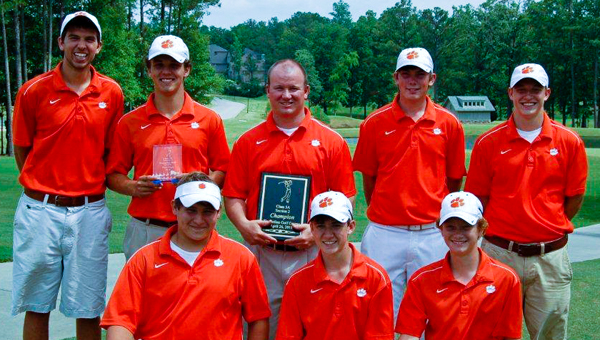 Using motivation from a disappointing end to last season and playing on a familiar course, the Chilton County golf team on Wednesday put together perhaps its best performance ever in winning the Class 5A, Section 2 competition and advanceing to the sub-state round of the playoffs.

Four Tigers combined for a score of 301 on 18 holes, besting Briarwood’s 305, Cullman’s 306 and Walker’s 321—all of whom also qualified for sub-state, which will be held on May 2 at the Sylacauga Country Club.

Blake Jenkins posted Chilton’s best round, a 1-under par 70.

Ivan Truss wasn’t far behind with a 73, Forrest Knight shot a 74 and Grantland Karn had an 84.

“The amount of practice these guys have put into it is starting to pay off,” CCHS Coach Brian Carter said. “They’ve been chipping and putting up there at Timberline throughout the entire season. They feel really comfortable at that course.”

The Tigers had two competitions at Timberline before the sectional in addition to their practice.

They’ve also performed well at the site of the sub-state tournament, in a 9-hole tri-match on March 31.

“You’ve got to stay in the fairway,” Carter said. “It’s not long, but there is some trouble out there if you don’t control your drive.”

The top three squads at sub-state will advance to the state tournament, May 9-10 in Mobile.

“I think they set out to definitely improve on how they finished last year,” Carter said. “They never let bad shots affect them on the next shot. They were able to keep it together throughout the entire round.” 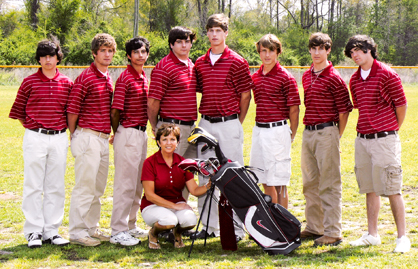 None of the Red Devils qualified for sub-state, but Coach Judy Walls said she was proud of her team’s performance, especially considering they were part of the school’s first golf squad since the mid-1990s.

“For every one of them it was their first year to be on the golf team,” Walls said. “They did a wonderful job.”

Both Isabella and Thorsby will compete in the Class 1A-2A, Section 1 tournament on Wednesday at Ol’ Colony Golf Complex in Tuscaloosa.

Jemison did not compete in a sectional tournament.

Off the bat: Maplesville’s Morgan Little swings for a hit during Monday’s game at Thorsby. Little had two hits in... read more