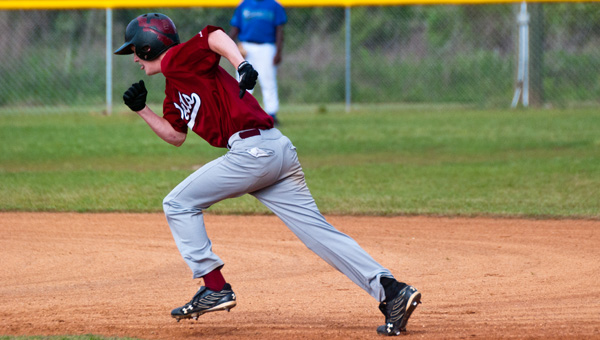 Off to the races: Aron Smitherman and the other Maplesville baserunners got plenty of exercise circling the bags during two games Friday.

Maplesville easily advanced to the second round of the Class 1A state baseball playoffs with two wins over Edward Bell.

Colby Chambers came on in relief and struck out all three batters he faced.

MHS pounded out 39 hits combined in the two games.

Bobby Smith pitched a no-hitter for MHS in the second game.

Smith issued one walk or would have recorded a perfect game. He struck out 13 batters.

Smith had four hits in six at-bats with a triple and two RBI in Game 1, and Alex Smith went 2-for-4 with two RBI and five runs scored in the second contest.

Verbena off to second playoff round

Verbena won their playoff series at Loachapoka on Friday by scores of 18-6 and 28-5. Christian Coston was the winning... read more